A helping hand has no geopolitical allegiance

Humanitarians must maintain neutrality and ignore political pressures to best respond to the needs of displaced persons. Especially in digital contexts. 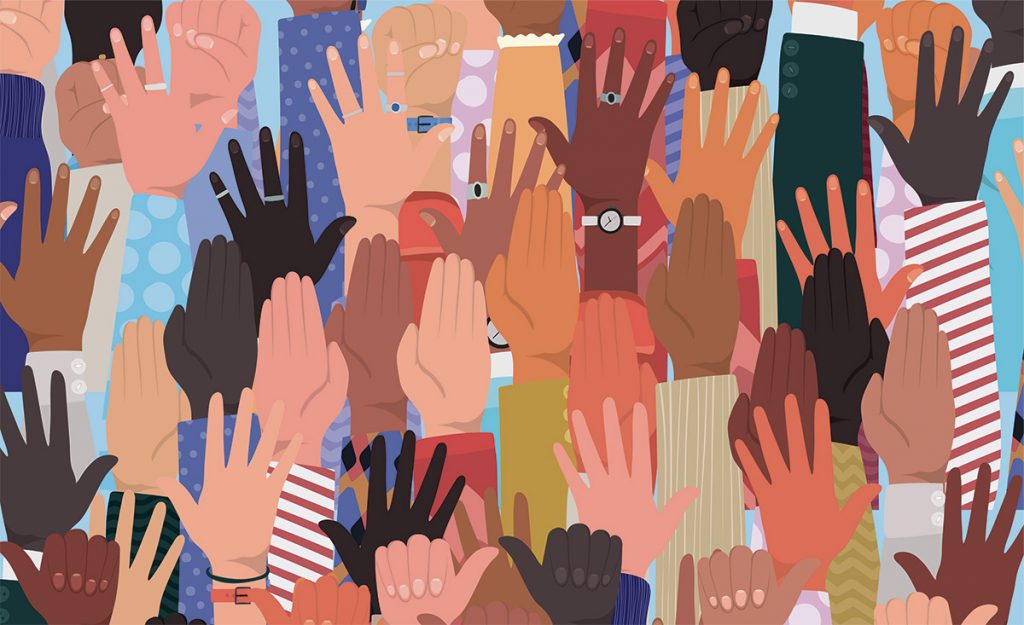 By: Nicholas Kerastas, Business & Research Analyst at NetHope’s Center for the Digital Nonprofit

Just a few weeks ago ICRC President Peter Maurer met with leaders from both sides of the Russia – Ukraine conflict. Having shook hands with both President Zelensky (Ukraine) and President Putin (Russia), Maurer was met by some with contempt and confusion. However, in truth Maurer’s effort to maintain geopolitical neutrality and establish humanitarian connections to both sides of the conflict are far more profound than many outside the humanitarian sector realize.

When tanks began to roll west across the Donbas, the global community scrambled to respond and stand in solidarity with the displaced people of Ukraine, and justifiably so. Sandwiched between the geopolitical interests of competing global actors is the average person facing violence, disruption, and displacement. While governments condemned the military action taking place, the humanitarian sector staged a massive response to support the displaced people of the region. Through coordination with crisis response teams, philanthropic donors, and technology partners the humanitarian community was able to collectivize responsibility for this crisis and those affected by unjust military aggression. At its core, this response is a testament to our sector’s growing maturity and professionalism.

Solidarity with the displaced people of Ukraine also extended to stakeholders beyond the traditional responder community. The Big Three auto companies in Detroit condemned the Russian Government and proceeded to donate resources and vehicles to the Ukrainian government. Aerospace companies, such as Boeing and Airbus have ended partnerships and have denied service across Russia. Financial services firms like Visa, American Express, and Mastercard have also suspended operations in Russia and are now blocking any transactions in-country. While inspiring, this widespread condemnation and action against the Russian Federation leads to a larger, more concerning question.

Are we (the humanitarian community and the partner ecosystem we rely on) acting as neutral responders in this crisis? Not all of us.

To comply with economic sanctions, major technology companies began rolling out product restrictions across Russia and portions of Ukraine (specifically the Donbas region). Included in this were some of the common teleconferencing applications used by nonprofits. When one of the leading providers of teleconferencing cut off access to services entirely, NetHope Members delivering aid and development to vulnerable communities began to note severely disrupted working conditions. At the flip of a switch, the licensing agreements which govern the use of teleconferencing no longer extended to East Ukraine and within Russian borders, leaving nonprofits without teleconferencing and thus unable to easily communicate outside their immediate office.

When communications between nonprofits and their remote staff went dark, the various organizations involved had little individual agency to advocate for urgently needed changes. Thus, it appeared that the service cut-offs were permanent.  While positively intended, these blanket bans or self-imposed sanctions do not discriminate between friend or foe, let alone neutral actors, and thus this hampered communication ability just at the time when the people in danger needed the help from these nonprofits the most.

NetHope was alerted by its Members to their urgent need and immediately got involved on behalf of our community. Over the course of several meetings with technology companies such as Box and Okta we were able to leverage our network to the source of the issue: a well-intended technology company which was over-complying with US economic sanctions.

Through collaboration with various stakeholders including expertise from Members and partners, NetHope was able to demonstrate to the technology company that sanctions specifically allow for exceptions on products and services which may impact the work of the humanitarian aid community. Just days later, after working with NetHope, that same company created a process for organizations to re-acquire access to teleconferencing services. Something that had not proved possible through individual lobbying.

NetHope Members have since confirmed that access to teleconferencing tools have been restored and that they can again leverage the tools they need to connect and work. Thereby minimizing the potential for further disruptions, at least from the digital licensing and acquisition perspective. As a result, certified humanitarian aid nonprofits are now able to continue their mission of protecting displaced persons on journeys across affected portions of Ukraine and Russia. Something that all humanitarians can celebrate.

The complications that have arisen in this context of this conflict are an important reminder of the concept of conflict neutrality. Simply, it is a pillar of our work especially within digital environments. More importantly, the conflict is a reminder that when all else fails there exists a collaborative network – i.e. the NetHope Community – whose agility and professionalism functions to identify the best pathways of digital humanitarian action.

In this specific context, NetHope remains committed to advancing our sector’s integrity through the advancement of traditional norms (conflict neutrality) in nontraditional contexts (digital innovation). Collectivizing this imperative, amongst our ecosystem of partners, would lead to profound increases in the integrity of our work across the globe.

However, if we as humanitarians lose the ability to offer support because of uncoordinated actions and sanctions, then our effectiveness in the future will undoubtably become lessened. Instead, preserving the effectiveness of humanitarian aid means refusing a geopolitical allegiance, except to those in need. In turn this neutrality allows humanitarians a precious source of security and safety, a means by which to access displaced persons wherever they need help, and the opportunity to provide relief without discrimination or bias to civilians. Digital innovations and collaborations have tremendous potential to further the imperative of neutrality in humanitarianism, but only when done so in a coordinated and collectivized manner. Thus, the real value of digital conflict neutrality comes not from the appeasement of specific geopolitical actors but from the access it provides to displaced people in need.