Are we too obsessed with data?

How we collect, analyze, share and act upon the data we have and create will be a significant factor in how effective we are against the myriad challenges we face in the coming years. 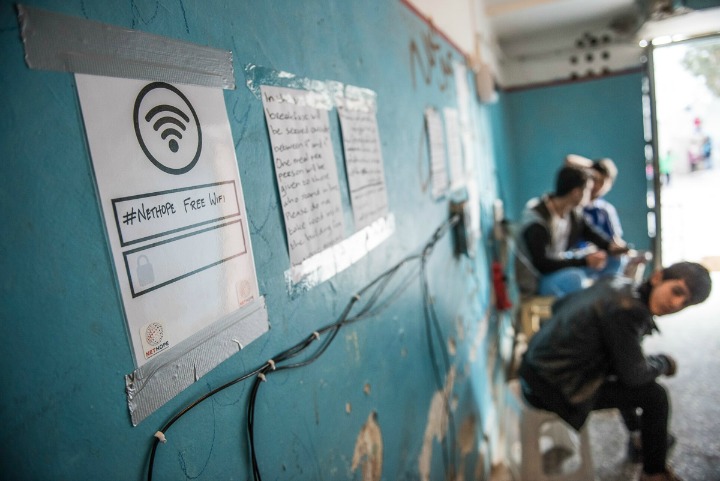 Data: Everyone’s talking about it, everyone wants more of it.

Today, at the Devex World conference in Washington D.C., I’ll join several other leaders in the development and humanitarian space to talk about how data drives our organizational decision-making. Certainly, at an organization like NetHope, which works to connect technology innovators with our nonprofit members, data is critical.

And for our members – international organizations focused on humanitarian, development and conservation work – data is critical in program design, execution and measurement. From organizational decision-making to intervention evaluation, reliable information is a fundamental part of the sector’s work.

Still, I’d posit that we’re too obsessed with data. Not just us in the humanitarian space, of course, but everyone. How many likes did that Facebook post get? How many airline miles did I fly last year? How many hours of sleep did I get last week?

In Nairobi last month at the ICT4D conference, I pointed out that that every day, we generate 2.5 exabytes of data, which is the equivalent to about 5 billion laptops. That’s a lot of data. And we keep it around because it’s cheap. The cost of storing a single bit of data has fallen 60 percent every year for 60 years. So, why not keep it around, just in case?

The problem is that data by itself isn’t that helpful: information is.

We need to develop a new obsession, around making sure that data is actionable, that it is relevant in the context in which we work, and on making sure that we’re using the data as effectively as we are collecting it.

In my talk at ICT4D, I referenced the example of 7-Eleven in Japan. In the 1970s, 7-Eleven in Japan became independent from its parent, Southland Corporation. The CEO had to build a viable business in a tough economy. Every month, each store manager would receive reams of data, but it wasn’t effective until the CEO stripped out the noise and provided just four critical data points that had the greatest relevance to drive the local purchasing that each store was empowered to do on their own.

Those points – what sold the day before, what sold the same day a year ago, what sold the last time the weather was the same, and what other stores sold the day before – were transformative. Within a year, 7-Eleven had turned a corner, and for 30 years, remained the most profitable retailer in Japan. It wasn’t about the Big Data; it was figuring out what data was relevant, actionable and empowered local managers to make nimble decisions.

For our sector to get there, we need to do the front-end work that transforms our data into information that we can use. That, after all, is where the magic happens.

A few examples provide more clarity as to why this is so critical.

We know that adaptive decision-making requires access to real-time data. By knowing what is happening in real-time, or near-real-time, we can adjust our approaches and interventions to be most impactful. But to do so, our data has to be accessible to those that are empowered to make decisions. To achieve that, we have to make investments in training, infrastructure, and capacity-building at the organizational level.  But in the nonprofit sector, such investments are rarely supported by donors and beyond the limited unrestricted funding available to most most organizations. As a result, the sector has, so far, been able to take only limited steps towards effective data usage, hampering our ability to transform the massive amounts of data we have into useful information.

Another big question about data, and particularly in the humanitarian space, is whether it should be open, closed or somewhere in between. Privacy is certainly paramount, and for types of data, the need for close protection is very clear. For many other data, however, the rules are far less clear. Every country has its own rules about how data can and cannot be used or shared, and more work is needed to provide clarity and predictability so that appropriate data-sharing can evolve.

And perhaps more importantly, we need to think about not just the data, but the use cases.  Most of us would agree, for example, that sharing information during a crisis situation can be hugely beneficial to the people and the communities we serve – but in a world where rules are unclear, that ambiguity limits what we can do with the data we have. Here again, the context in which data will be used is critically important.

Finally, all of in the sector have to realize that the journey to transforming data into information is one we’re on together. We have to be willing to give and take. Having data is great; sharing information is better. Sometimes, we have to co-create that basis to ensure we all benefit.

NetHope has been engaged in setting up Wi-Fi hotspots as a response to the Syrian refugee crisis. One of the biggest challenges of this project was that we all had different versions of the proverbial truth: our colleagues in Greece, Turkey, the UK and elsewhere had different names or spelling for the geographic locations we were trying to map. Something as simple as how we referred to a region on a map was bedeviling our progress. We alleviated this problem by creating rules around the data – and sticking to them – so that we could all benefit from the shared resources we were creating.

How we collect, analyze, share and act upon the data we have and create will be a significant factor in how effective we are against the myriad challenges we face in the coming years. No doubt, the collection of data – in massive, previously unimagined quantities – will continue to grow unabated.

It’s not enough to have data, and it’s not enough to even use our own data well. We have to go beyond that with smart investments, capacity-building, clear rules, and collaborative efforts. Because until we, as a sector, shift our obsession from mere collection and retrospective use to timely, actionable, contextualized information, we risk missing the opportunity to significantly expand the impact that we can have and that we can enable in others.