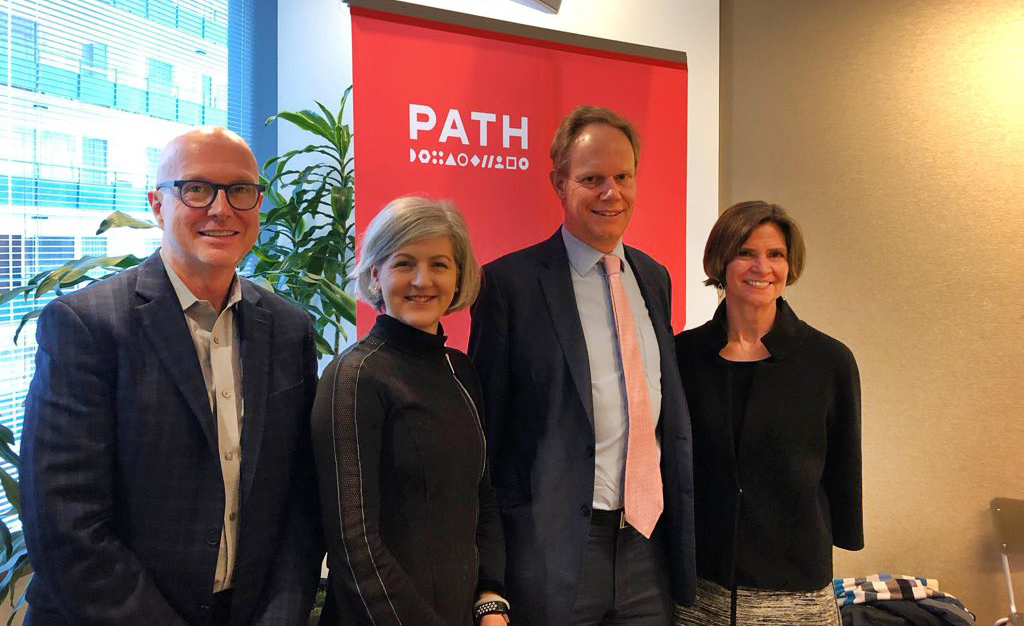 NetHope CEO Lauren Woodman recently got the opportunity to sit down in Seattle for a conversation with Matthew Rycroft, the Permanent Secretary of the Department for International Development (DFID), the U.K.’s governmental body dedicated to promoting sustainable development and eliminating extreme poverty worldwide. Rycroft was in Seattle to participate in a Health Roundtable at NetHope member PATH’s headquarters and a Tech Roundtable at Seattle Foundation.

Extreme poverty, as defined by the World Bank, is individuals living on less than $1.90 per day and affects more than 700 million people worldwide. Poverty’s wide-ranging effects include proper access to clean water and healthy food, education, adequate healthcare, and safety. In January 2018, DFID published a digital strategy policy paper: 'Doing Development in a Digital World' and recently released the Top 10 ICT4D trends for 2019.

“The numbers of poor people are coming down but they remain stubbornly high,” says Rycroft.  “We need to have the whole effort of technology to be harnessed up behind attempts to lift those people out of poverty… Net Hope…has a crucial role to play, being a bridge between the tech community and the NGO community”

Rycroft, who previously served as the U.K.’s ambassador to the United Nations,discusses the potential for digital technology as a powerful tool in eliminating poverty. Rycroft outlined examples―such as using big data order to predict epidemics, and severe climate and weather changes that affect safety and livelihoods―where DFID is actively pursuing collaboration with the private sector, nonprofits, and other governments to create technology applications that help the people who are most vulnerable.

Rycroft notes that the importance for this collaborative approach was particularly highlighted for him during his Seattle visit. DFID’s need to bring in the tech companies and other players in the private sector earlier on in the process of international development, he says, is crucial for the success of many of his organization’s projects.

“It can be quite limiting if we incise DFID inside another donor, trying to describe the totality of the problem and the solution, and then put it out to a tech company and to some other bit of the private sector.”

The need for coordinated—and early—involvement of all the potential actors is vital for any development or anti-poverty efforts, especially as digital technology is an intertwined component for information gathering and analysis.

“I really hope that over the next year that we can develop further these partnerships with the tech sector and with others to begin to unlock some of the potential. And the potential is not about chasing the latest APP or the latest gadget,” explains Rycroft. “It’s about, it’s at least as much about, the mindset that you see here in the Pacific Northwest; that can do approach, that innovation, using technology for good. It’s those sorts of things which I would like to take back to the Department for International Development.”

“DFID aspires to be agile, to learn as we go, to be able to adapt our programming. And that is something that has got a very warm reception here amongst the people I have been speaking to here (in Seattle). So, I reinforced my confidence that's the right way to go.

“It’s key,” he stresses, “that we use technology to maximize the opportunities for development and do it in a way that genuinely leaves no one behind.”