Relationships energize me. That’s why I love working with NetHope as an emergency responder. 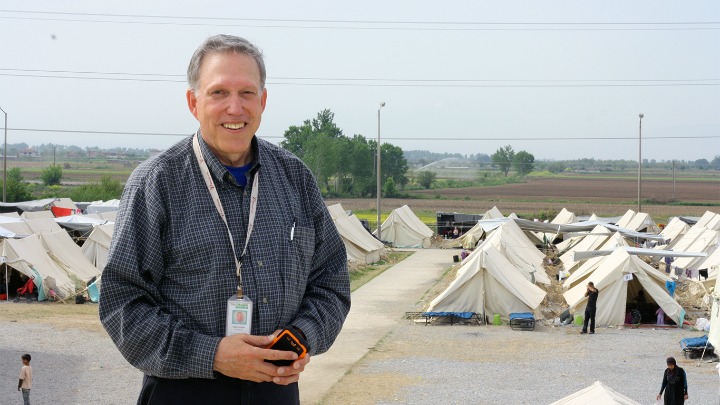 Relationships energize me. That’s why I love working with NetHope as an emergency responder.

I came to work for NetHope in late 2014 while I was in West Africa with Mercy Corps. I had just finished my assignment when NetHope called about a project connecting relief workers in Sierra Leone during the Ebola crisis. I've installed internet everywhere, from Iraq to Indonesia, so I figured this was right up my alley.

My latest assignment with NetHope began in Greece just a few months ago. During my three weeks working in the refugee camps of northern Greece, I saw attitudes toward connectivity transform. At first Greek soldiers would wave me away from the entrances of the camps, saying “no Wi-Fi.” So I started by setting up access just for the guard stations. Once the soldiers saw the value, they let me connect the rest of the camp.

Now, the Greek government is encouraging connectivity in camps across the country to ensure that NGOs can do their jobs and refugees can get essential information. Many of the same soldiers who were skeptical at first welcomed me each morning as they handed me the keys to the storeroom.

I started doing humanitarian work twenty years ago, after I retired from Microsoft. I spent seven years in Russia managing my own nonprofit to help teach orphans computer programming and job skills.

When I’m not working with NetHope I love training my search and rescue dog Ryker, who volunteers with me as an emergency responder in the U.S.

This post is part of an ongoing series of stories from NetHope's work in Greece to provide connectivity to refugees.