In his spare time, you can find Dominik behind the lens of his camera - he’s an avid photographer - or trekking across Europe on his motorcycle. 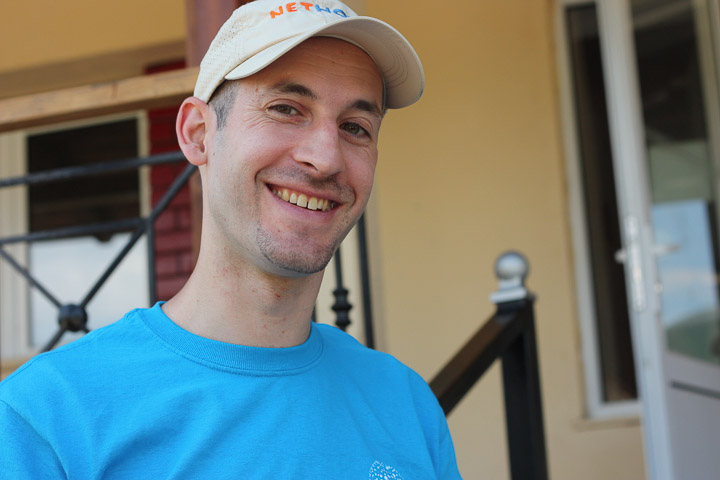 Volunteer support helps fuel our work at NetHope, and we’re lucky to have volunteer teams from our donor partners on many of our missions.

Dominik Hetzer, a Solutions Architect at Cisco, helped lead our May deployment of eight networks in refugee camps across in northern Greece. For Dominik, who is based in Zurich, the work was a far cry from his usual role focusing on technical sales, but also a welcome opportunity to support crisis relief: though his time is often spent interacting with customers, he’s also a member of the Cisco Disaster Incident Recovery Team (DIRT). When the team issued a call for volunteers for NetHope’s mission in Greece, he felt called to contribute.

“It’s a crisis that affects the daily lives of everyone in Europe,” he said. “It was obvious [to me] that I should help.”

Dominik said he was impressed by refugees’ goodwill: they consistently welcomed NetHope volunteers by offering fruit juice and helping hands in coordinating network installation. He was also struck by the normalcy of the people he met, saying, “[They were] farmers, network engineers, doctors. It really shows the scope of the conflict.”

Also notable to Dominik was how well the NetHope team - many of whom had not worked together previously - worked together throughout the mission. “We not only learned about the crisis, we learned a lot from each other,” he said.

In his spare time, you can find Dominik behind the lens of his camera - he’s an avid photographer - or trekking across Europe on his motorcycle.

This story is part of an ongoing series commemorating World Refugee Day.