Though Abdul-amir has a technical background, he was most interested in leveraging his skills as a native Arabic speaker in support of the NetHope mission. 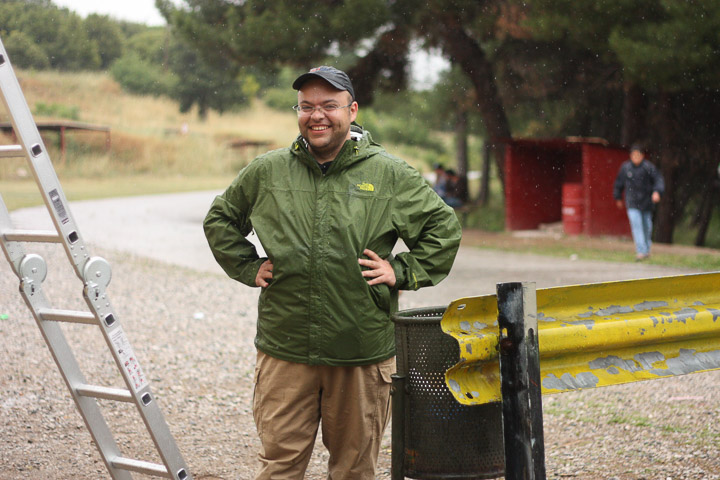 For Mohammad Abdul-amir, working with NetHope was an opportunity to help mitigate a crisis that feels personal to him.  “Fundamentally, I wanted to lend a hand in helping people,” he said. “In a small way, I can empathize: I understand what it’s like to be forced to leave a country that is inhospitable.”

A Google software engineer who works on Android Pay, Abdul-amir is Iraqi-Palestinian, and though he’s never been a refugee himself, he has had to uproot his life based on political context. Born in Kuwait, his family was forced to flee after the Gulf War, and after graduating from university in Jordan, he wasn’t able to stay for visa reasons. Ultimately, he emigrated to Canada before settling in the San Francisco Bay Area.

Though Abdul-amir has a technical background, he was most interested in leveraging his skills as a native Arabic speaker in support of the NetHope mission. “Having the native language, I can use common expressions and cultural context, and I can see refugees’ relief, surprise, and comfort in being understood. It establishes a sense of security between us as we work with them.”

Google has helped support NetHope’s work throughout the refugee crisis, both in the way of grants via their philanthropic arm, Google.org, and in sending employees like Abdul-amir and Chris Nieckel to support NetHope’s efforts in the field. Google volunteers have joined NetHope teams to partner in everything from network engineering to communications.

From a personal perspective, Abdul-amir says that the work has challenged him to bring his learnings back to his day job: “Seeing refugees struggle to access data-heavy applications and software has made me understand how important it is to build lean [software], particularly for the large parts of the world that do have limited access and connectivity.”

More importantly, though, he says that being a part of NetHope’s work has given him a new perspective on how critical Wi-Fi is for refugees fleeing their homes, and on how much we take access and connectivity for granted in our own lives. “We’ve stopped thinking about how we deliver services like Wi-Fi. I realize how much work it takes to connect these people. It’s shocking – the effort, equipment, cost – it takes a lot – and in terms of importance for refugees, I’d put it on equal grounding as water, food, and shelter.”

This story is part of an ongoing series commemorating World Refugee Day.