News reports about the problem of human trafficking—the illegal trading of human beings—in Albania have been so shocking over the years, they seem like science fiction: 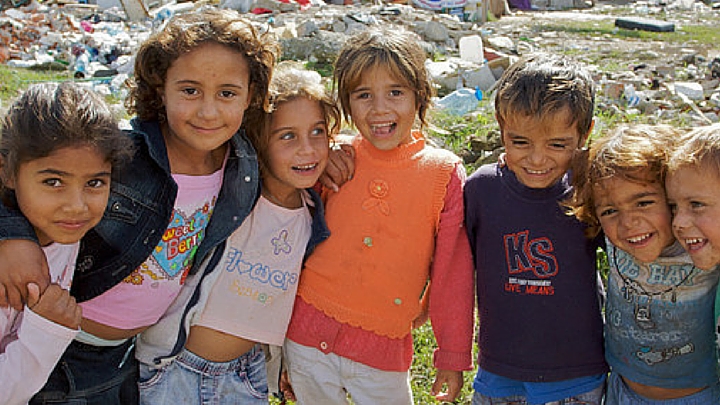 News reports about the problem of human trafficking—the illegal trading of human beings—in Albania have been so shocking over the years, they seem like science fiction:

To make better use of technology to change this harsh reality, NetHope developed an anti-trafficking Android app for worldwide use in partnership with World Vision and the Vodafone Foundation with U.S. Agency for International Development (USAID) funding. NetHope chose Albania for the app’s first implementation under the local name “Raporto-Shpeto” ("Report-Save Life”).

Albania's Ministry of Internal Affairs' National Coordinator Office for Anti-Trafficking hosted a conference today to launch the new app along with a new pan-European six digit short code number for an anti-trafficking hotline—116 006. World Vision Albania, Vodafone Albania Foundation, and the Government of Albania worked together to identify the new hotline number—needed much more than someone from outside of Albania might first think.

"Before today, only a few Albanians had the power to report human trafficking. The old national hotline number could only be dialed with a landline, but many Albanians, especially those living in rural areas, only use mobile phones. Fixing this problem and the new app will enable communities to learn about human trafficking, mobilize, and help victims” said Alison Padget, Program Manager of NetHope’s Combating of Trafficking in Persons (cTIP) Program.

The new free hotline number was built into the app, which contains the following features:

When somebody contacts the free hotline—via the app or any mobile phone or landline—and reports a trafficking case/suspected trafficking case, the call will go to the operative office in the General Police Department, who will immediately send officers to respond per Albania's Standard Operating Procedures put in place to combat trafficking in 2011.

“Human trafficking is modern-day slavery exploiting children, youth, women, and men. It’s often hidden in plain sight. But it’s also a crime that can be stopped when ordinary people learn what to look out for and have a means to report it,” Padget continued. "The app's knowledge center will help educate Albanians about the problem of human trafficking and what they need to look out for—both to identify potential victims and to protect themselves, their families, and their communities."

Organizations interested in using the app in another country or learning more about it are encouraged to contact Padget at alison.padget@nethope.org.

World Vision is a Christian humanitarian organization dedicated to working with children, families, and their communities worldwide to reach their full potential by tackling the causes of poverty and injustice. World Vision serves all people regardless of religion, race, ethnicity, or gender. For more information, please visit www.WorldVision.org/press.