The NetHope Global Summit never fails to be an inspiring week of great stories and collaboration. 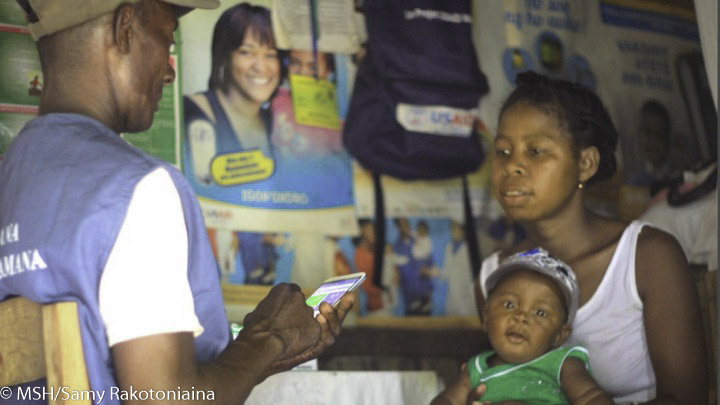 The NetHope Global Summit never fails to be an inspiring week of great stories and collaboration. Presenting the results of the NetHope Device Challenge and facilitating a discussion among some of the 17 grantees was one of the highlights. NetHope was fortunate to have representatives from four grantees join us for a panel discussion, including Management Sciences for Health (MSH), Mercy Corps, The Nature Conservancy, and Save the Children. All had great success stories to share, and of course, a few unforeseen events. Being adaptable and finding solutions to address challenges is nothing new to our nonprofit grantees!

Grantees are using the funds from the Device Challenge for a variety of different specialized programs across sectors, and the panel discussion focused on sharing lessons to benefit the broader community. For example, Mercy Corps is putting phones in hands of South Sudanese refugees living in the Ugandan Bidibidi Settlement, and is working to provide access to mobile money and visual learning tools. Procuring devices locally, one of the grant requirements, has proven to be a challenge for the team, although they’ve since worked through the issues.

Multiple grantees have reported that ensuring competitive bids on technology has been difficult, that government rules have caused added delay, and that the quantity and quality of devices is limited in some locations. On the plus side, device prices sometimes dropped after the initial quote, and grantees could procure additional devices with the cash surplus.

There were other issues, as well: In Madagascar, MSH had to delay the community health worker mHealth application trainings and smartphone distribution as a precaution during the national response to an unusually widespread plague outbreak. In-country political instability in Nigeria and India have also contributed to some program modifications for other grantees.

Efforts to date for Device Challenge grantees have focused on building the foundation for successful implementations, and procuring and deploying devices. Based on the questions and comments from the session participants, the results so far are quite promising. “It was beneficial to the participating grantees to hear from others experiences and make connections for potential future learning or collaboration,” said Sherri Haas, MSH Senior Technical Advisor.

NetHope would like to thank both our panel and audience for their participation at the NetHope Global Summit session. We expect to share many more grantee successes and lessons learned at next year’s Summit in Dublin. In the meantime, stay tuned for another update in early 2018.

The overarching goal of the NetHope 2017 Device Challenge is to put more devices including phones, tablets, PCs and laptops, into the hands of end users in vulnerable communities via impactful humanitarian and conservation programs. The program was created thanks to a $5.5 million grant award from Google.org, the charitable arm of Google. Grantees were selected from a highly competitive field of over 300 applications and include both NetHope members and other nonprofits.

What’s next for AI in the nonprofit sector?