World Refugee Day: 19 years of using tech to help refugees and displaced people around the planet 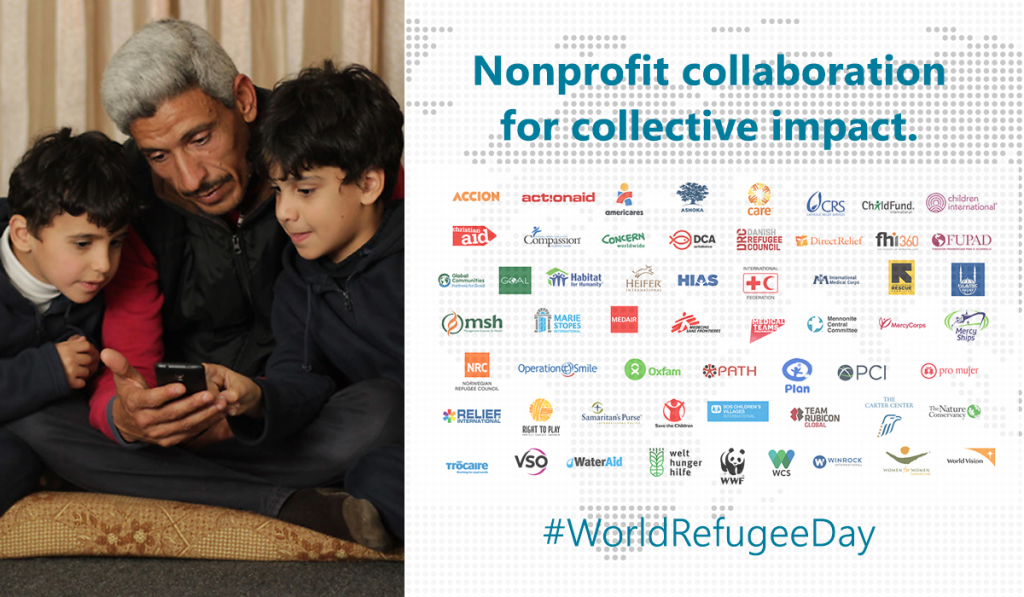 In 2000, the UN General Assembly officially adopted June 20 as World Refugee Day (WRD) with its official public launch held the following June 2001. The day has never been more relevant with, according to the UN High Commissioner for Refugees (UNHCR), an estimated 70.8 million people displaced around the world from conflict, natural disasters, and socioeconomic crises.

It's no small coincidence that this year also marks NetHope's 19th year. NetHope's genesis was designed to create partnerships and shared technology practices among global humanitarian and conservation nonprofits and the private sector, soon after its creation, NetHope began¹ to put the concept into action, creating communications networks for its member organizations during natural disasters such as tsunamis, earthquakes, and hurricanes. But in 2015, NetHope’s scope expanded to help those displaced through famine, conflict, and persecution in their homelands when it set up communication networks in Greece and the Balkans for the more than three million Syrians who had fled that country.

Since that event, NetHope has responded to other humanitarian crises, from the Ebola outbreak in Liberia, refugee settlements housing South Sudanese in northern Uganda, millions displaced from Venezuela, other groups in Dadaab, Kenya, and of course, those affected by hurricanes Maria in Puerto Rico and Dorian in the Bahamas. The common thread has been establishing the networks of communication, both technologically and through dissemination of accurate information, that helps those affected navigate through extraordinarily difficult circumstances.

The only way this can happen is through the coordinated relationships that NetHope has forged. Through collaboration among NGO relief organizations and the greater private technology sector, NetHope leverages the expertise and resources of both sectors into a single avenue for preparation, response, recovery, and development. This partnership has perhaps never been more important than now.  The worldwide impact of COVID-19 is devastating and likely will hit poorer areas hardest. It’s also having an impact on NGOs and the private sector alike.

On this 19th anniversary of acknowledging the existence and sacrifices of millions of refugees around the world, NetHope also wants to acknowledge the work of our member organizations who recognize the power that technology plays to scale aid, more effectively deploy aid, and gather and analyze data to inform decisions to help the world’s most vulnerable obtain assistance, retain dignity, and equip them with the education and tools to chart their own destinies.

NetHope would like to acknowledge the dedicated work of our 57 nonprofit member organizations and the commitment of our more than 60 technology partners and funders. Without their expertise and passion, the fate of millions would hang in the balance. While much needs to be done, we are heartened by the diligence, persistence, and courage of those on the frontlines and behind-the-scenes working tirelessly to help those most in need.

[1] NetHope’s genesis was with Edward G. Happ, then CIO of Save the Children, authored a paper entitled "Wiring the Global Village" that discussed two hypotheses:

This paper was presented to Cisco's corporate philanthropy group in 2001 and became the basis for NetHope. Soon, Cisco fellow Dipak Basu coined the name "NetHope."