Instead of paper surveys, which can take weeks to collect and process, the WHO field team in Iraq gathered real-time data using Survey123 for ArcGIS®, a mobile app from Esri®.

Image credit: Used with permission under the CC BY 2.0 license. ©JEAN-MARC GIBOUX. https://creativecommons.org/licenses/by/2.0/deed.en 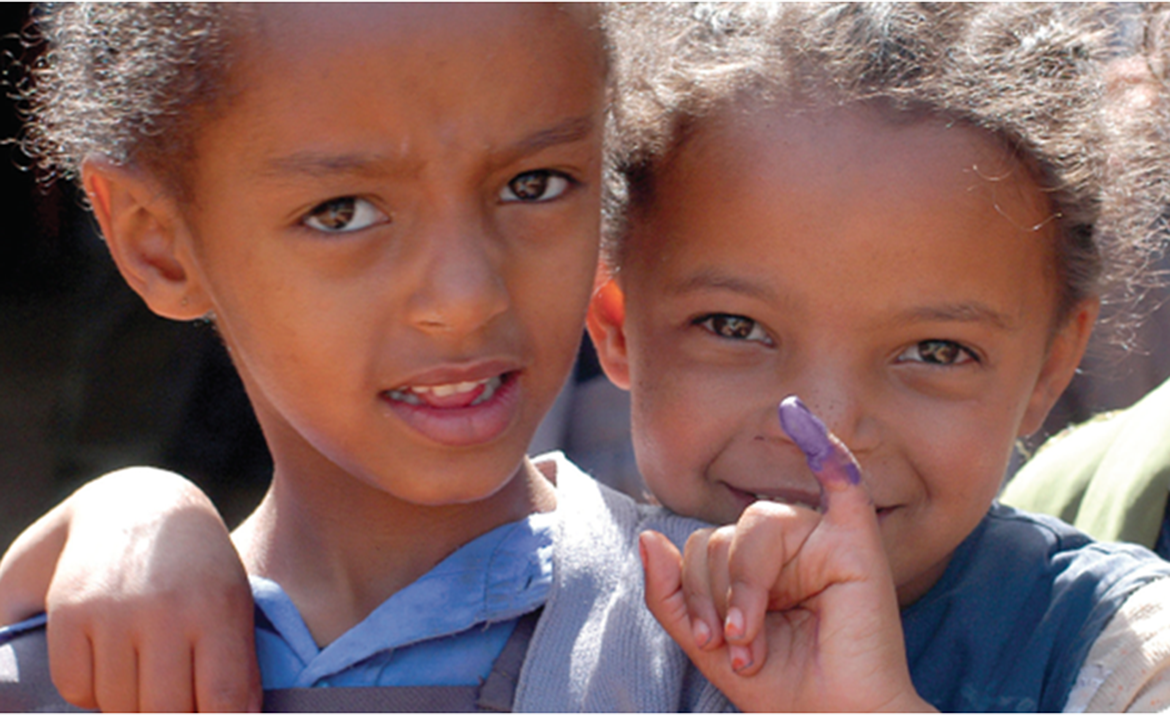 The outbreak of polio in Syria and Iraq in late 2013 and early 2014 was described by a United Nations spokesperson as “arguably the most challenging outbreak in the history of polio eradication.” Polio, a highly contagious disease that primarily afflicts children younger than age five, can lead to partial and sometimes fatal paralysis.

What followed the outbreak was the largest ever immunization response in the history of the Middle East. More than 70 mass immunization campaigns were implemented in eight countries, aimed at reaching 27 million children. By October 2015, experts from the World Health Organization (WHO) and United Nations Children’s Fund (UNICEF) announced that the Middle East polio outbreak is closed.

Although Iraq is among countries no longer infected with the polio virus, it remains vulnerable. The WHO continues to work closely with the Ministry of Health in Iraq to carry out nationwide polio immunization campaigns, going from house to house to vaccinate children. They follow each campaign with a survey to assess vaccination rates.

Surveys are designed to show whether vulnerable populations, such as internally displaced persons and refugees, are effectively reached. Collected data helps identify gaps— unvaccinated children and reasons for not vaccinating as well as hard-to-reach or unsecure areas. It locates primary healthcare centers, districts, and provinces responsible for children who did not receive the vaccination.

Instead of paper surveys, which can take weeks to collect and process, the WHO field team in Iraq gathered real-time data using Survey123 for ArcGIS®, a mobile app from Esri®.

Survey123 for ArcGIS is a simple and intuitive form-centric data-gathering solution that makes it easy to create, share, and analyze surveys.

“Survey123 enables us to analyze and share data on a daily basis for action and follow up the next day by the Ministry of Health,” said Wasan Al-Tamimi, a WHO technical officer.

The app was installed on 150 Android® tablets (it also works on iOS and Windows® devices). WHO survey teams reported on their experience with Survey123 for ArcGIS saying the app is user friendly, easy to handle, and simplifies data transmission.

“Survey123 for ArcGIS proved to be an end-to-end solution that covers authoring the form, accurate and real-time data collection, analysis, and visualization,” shared Jawameer Kakakhan, WHO technical officer.