Over the past few years, refugee settlements in Uganda have been growing rapidly, largely due to the influx of people from neighboring South Sudan. 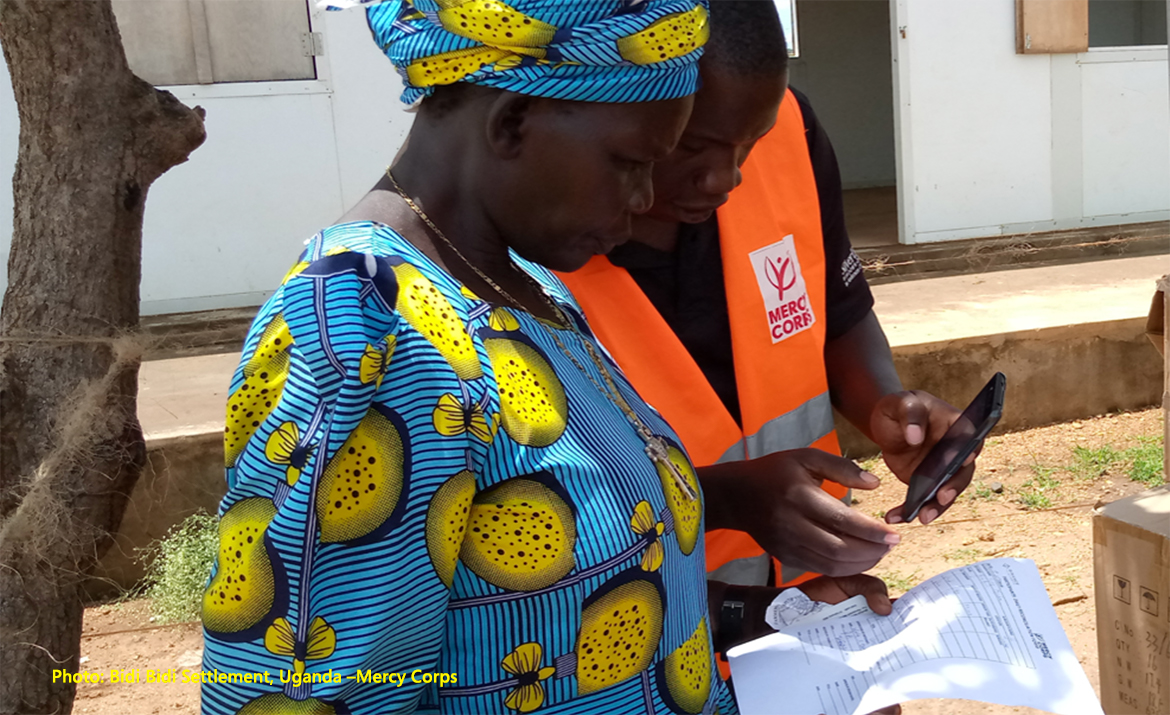 Humanitarian intervention in Bidibidi settlement includes cash transfer programs to support basic material needs of the refugees. While the cash program has been mostly successful under various humanitarian emergencies, the logistics for implementation are often complex, requiring various checks and monitoring for equitable disbursement and transparency. Emerging technologies for financial inclusion are considered promising to address the hurdles associated with cash transfer programming, especially under crisis situations where timely disbursement and access to basic needs is critical. Mercy Corps Uganda, with funding from Blockchain Charity Foundation1 (BCF), piloted the use of blockchain-enabled technology for cash transfers. The donor, BCF, is the charitable arm of Binance the world’s largest cryptocurrency exchange. The pilot was designed to test the theory that blockchain-enabled digital tokens could be used for value transfers under field conditions, and that such usage would provide cost savings and improved auditing and compliance. The pilot project was valuable for Mercy Corps humanitarian cash program because it generated good learnings and acceptable outcomes including preliminary evidence on the potential benefits of blockchain-enabled cash transfers compared to traditional cash transfers.