The fourth in a four-part series of SBCC innovation case studies provided by HC3 partner NetHope. 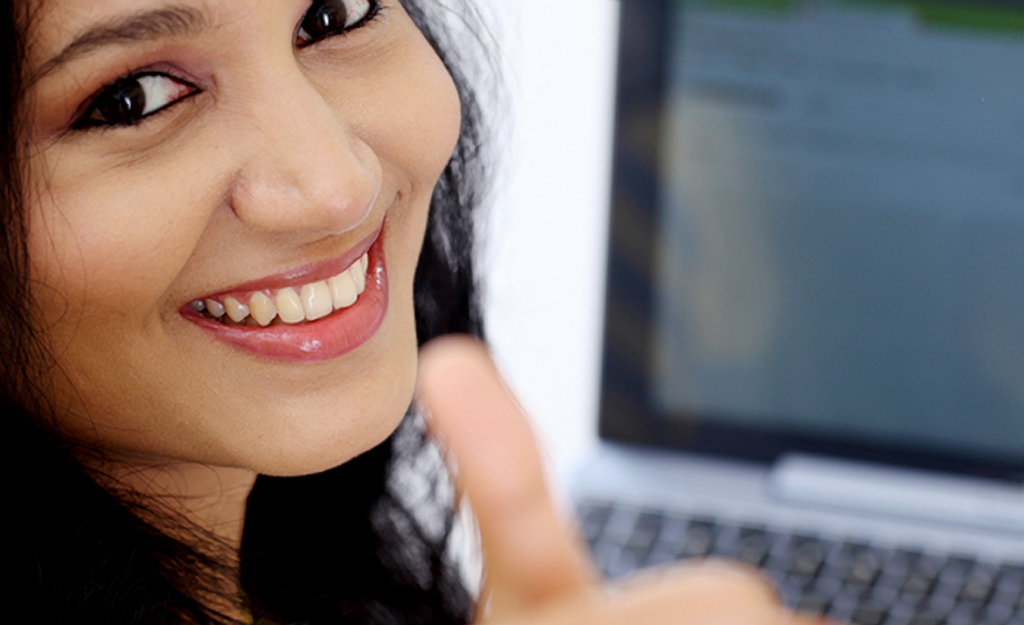 Ashoka, a NetHope member organization, is one of the largest networks of social entrepreneurs worldwide, with over 3,000 Ashoka Fellows in 70 countries creating large-scale impact through new innovations. Ashoka pioneered the field of social entrepreneurship and has built multi-level stakeholders across the world who increasingly look to entrepreneurial talent and new ideas to solve social problems.

LumStic is a product suite meant to help various stakeholders make sense of data. The first piece of this suite is an open-source data collection platform that allows organizations to collect data in rural, poor connected areas. This platform is being released in India and has already collected thousands of records. The data collected through LumStic could impact various health campaigns, and particularly benefit various social and behavior change communication (SBCC) in the region.

An interview with Anindya Biswas, who is leading the LumStic initiative

Could you describe where the idea for LumStic originated?

Interestingly, the platform originated from Ashoka’s Housing For All Initiative. From 2010-2011, we were building a market-case on sustainability for low-cost housing in India, as there is a huge demand and no real intervention was taking place. At the beginning of the project, we needed to conduct a survey to understand the landscape of the low-cost housing market, and the attitudes of stakeholders toward various housing models. Starting in Ahmedabad, India, we actually used pen and paper surveys to record the socioeconomic profile of the targeted community and then translated this data into digital forms. There were issues with traditional methods of data survey, mainly due to errors in either the data collection or in digitizing the data for further analysis and action.

We looked toward existing solutions, such as Survey Monkey, Google forms etc., but there was on big challenge there as well. For example, in rural India, data connectivity is a major issue and the survey would require an offline data collection feature. Instead of searching for other platforms, we decided to develop LumStic in-house with the help of our partners.

What is LumStic and what are its objectives?

LumStic (“Lum” from Light; “Stic” from StatiSTICS) is more than just a data collection platform, it is a product suite that endeavors to bring positive social change by creating “data as infrastructure” at the local level. The first product of this suite, LumStic DATA, is an open-source, cloud-based, geo-tagging data collection platform. The product is meant to make it easier to store data that is collected in rural, disconnected areas, in the cloud. One can develop various types of questionnaires and surveys – there are no limitations to the types of data one can collect. LumStic makes it easy for users to collect and visualize data and make meaningful decisions so that social programs bring real impact on the ground. By having large amounts of data, analysis and policy recommendations are more credible. This is also a great way to get the public sector and large donors involved which helps us change infrastructure. Our bigger vision is to create a “Wikipedia” of social data where individuals, NGOs, donor foundations, corporate organizations, governments and multilateral agencies contribute and LumStic truly becomes “data as infrastructure” to create impact in society.

What are the various partners for LumStic?

Although we have worked with many internal initiatives, such as the Nourishing Schools, Housing for All, and ChangeMaker School, we believe LumStic has a much bigger purpose. Ashoka fellows everywhere can use this platform as can anyone who believes in its utility. There are quite a few Ashoka fellow-led NGOs and other citizen sector organizations who are also using LumStic to understand the social issues within their communities.

LumStic will benefit any organization or individual trying to create a data-driven campaign. Social and behavior change communication campaigns particularly can benefit from the data collected on LumStic. In fact, one of Ashoka’s major initiatives has to do with changing the behavior of pregnant women, particularly the under-privileged. The data we collect with LumStic can help review policies, hence the messaging through media. Most government programs in developing countries are top down, while LumStic helps change this perspective and bring ground-up approach for policy. We would like to work closely with the government in helping them obtain data.

We are also trying to enter into a partnership with one of the world’s leading Universities to support their data requirements for research and advocacy.

Do you have any lessons learned from the development and testing phases of LumStic?

The biggest challenge we have faced in developing LumStic has been managing technology vendors. We are not a technology company and technology is not our core competency; however, we had this idea and we had a vision on how we would like it to turn out. We outsourced to different vendors to develop the platform, but often, they fail to align with our vision. Vendors may only be concerned with the end-product, not necessarily looking at user experience and profile of potential users of LumStic. We had to educate them and they had to educate us in order for us to complete a high quality product.

Another challenge we are facing is that many organizations are hesitant to share data. They want to keep the data for themselves – so it is an obstacle to educate users on the value and benefits of sharing data, and also having more of a database for themselves. It is a slow but steady process.

Since LumStic is not a direct service to the community, it does not fall under the Schedule VII section of India’s Corporate Social Responsibility Law. This makes fundraising for LumStic to expand the product more challenging.

Anindya Biswas is leading the “Data as Infrastructure” initiative, LumStic, at Ashoka. He brings over 10 years experience in strategy consulting. Anindya believes data and analytics should be an integral part of development sector and technology can completely transform the way decisions are made and impacts are measured. He is a qualified CFA and MBA Finance.

This case study is the fourth in a four-part series of SBCC innovation case studies provided by HC3 partner NetHope and has been republished from HC3 in an effort to facilitate collaborative learning and community knowledge-sharing. Please click here to view the story in its original form.