A family waits to be connected -- and reunited

Shirin and her five children came from Deir ez-Zor, a Syrian city near the Iraqi border. 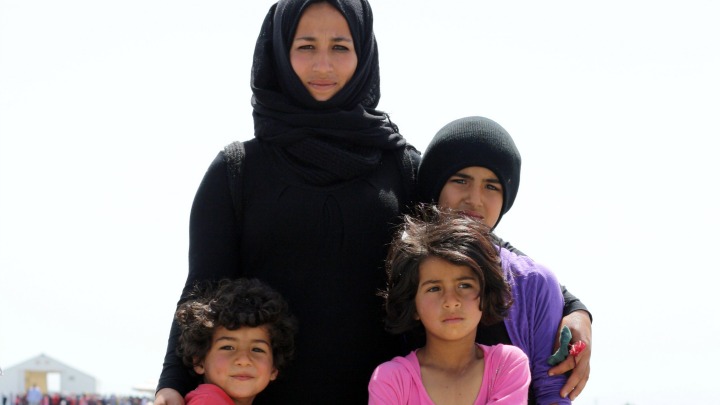 "Ahlan,” Shirin smiled, holding back the white canvas flap to her tent. We accepted a cup of tea and a seat on her spotless floor, welcoming a break from the midday heat. Then we listened as Shirin told her story.

Shirin and her five children came from Deir ez-Zor, a Syrian city near the Iraqi border. “My husband was shot at by ISIS, so he went to Germany,” she explained. Hoping to join him, Shirin and the children made a perilous boat crossing to Greece, but unfortunately they arrived too late to continue onward. With the country’s northern border closed to migrants, Shirin and her family were transferred to a camp in northern Greece, which is home to over 2,000 refugees.

Shirin paced on a long stretch of asphalt and phoned her husband while the children played nearby. A solid internet connection would allow the family to stay in better contact and to save money on long-distance calls to Germany.

NetHope was in Greece to help people like Shirin. Over the past several months, NetHope’s team has expanded Wi-Fi to the camp so that it can reach the furthest rows of tents, where Shirin lives. NetHope has also hired electricians and translators from the local community to help with the project.

There is no telling how long refugee families like Shirin’s will be forced to stay in the camp. While they are here, reliable internet access can help them stay connected to loved ones and stay informed about the unfolding situation for refugees in Greece and across the region.

This post is part of an ongoing series of stories from NetHope's work in Greece to provide connectivity to refugees.