Cellphones provide a lifeline for refugees

The revolution of digital technology is bearing fruit with the type of transformations happening with this phone distribution. 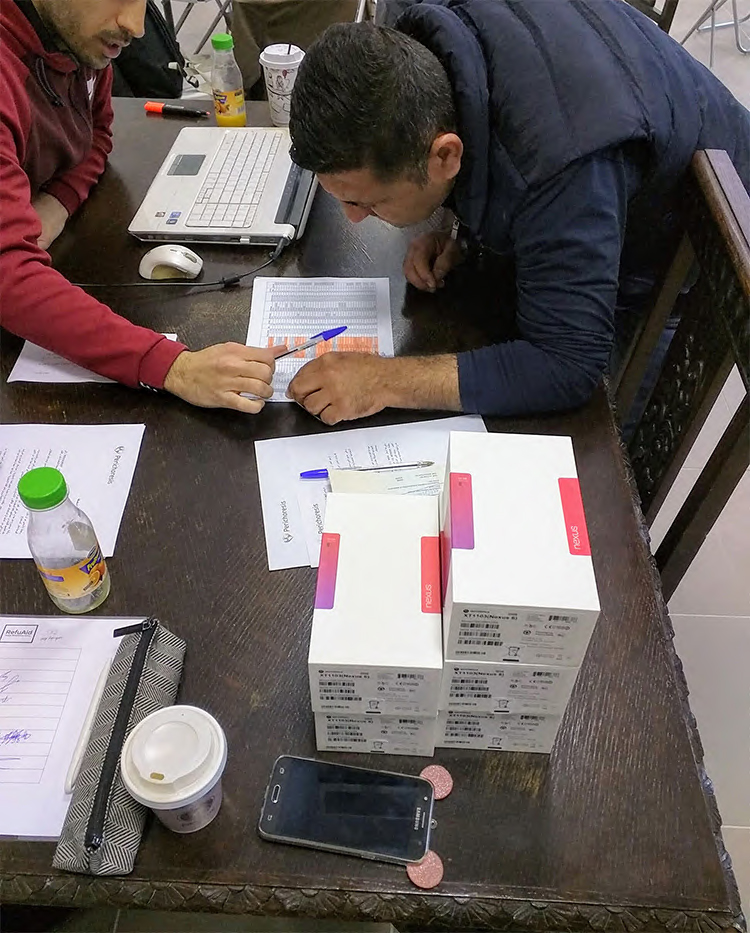 We all know that cellphones and the internet have revolutionized how we all perform our work and daily lives. But access to phones is also transforming the lives of refugees escaping war zones and persecution in Syria, Iran, Iraq, Afghanistan, and elsewhere in the Middle East.

As the numbers of refugees entering Greece and the Balkan region has grown over the last three years, NetHope understood their need to have access to the internet. Not only could they perform the duties necessary to get through tasks in every life—communicating with remote family members and friends, banking, and other essentials—but also access to information to help them in the next part of their journey.

“The EU requires that anyone applying for entrance needs to use Skype but without internet access, that would have been impossible,” said Dagbjarntur Byrnnjarson, Response Coordinator with NetHope. Dag, along with Ilias Papadopoulos, a Greek electrical engineer who has taken this on as his mission, began to establish network hubs in October 2015 in several refugee camp sites in Greece and Serbia. Currently, 85 network sites have been set up to provide free Wi-fi access to camp residents. These hubs to-date have served more than 34,000 unique users.

But the networks were just the first piece of the solution. Dag, Ilias, and their teams then worked to secure internet-enabled phones for the camp residents. This would allow them to gain access to the internet network NetHope had created. Through the generosity of Google and Amazon
—with connectivity funded Google, Facebook, Microsoft, Cisco, and The Patterson Foundation—2,000 refurbished Nexus 6 phones were donated toward the effort.

Even with the technological elements in place, camp managers had reservations about handing out phones. Among other factors, managers wanted to assure equality in distribution so as not to antagonize the sometimes tenuous balance among the many ethnicities, religions, and cultural groups.

After working through the reservations, Ilias began testing and distributing phones to several of the camps. As of mid-May 2018, more than 968 phones were distributed in three of the camps, with more scheduled in the coming months. These phones were welcomed by camp residents as many had very old phones or none at all.

“The day after we installed the network in Diavata, I received a call from the camp manager,” said Dag. “He said ‘I just had something very strange happen. All the leaders of each camp community knocked on my door and asked if I could invite the NetHope team to dinner with them.’” The manager stated that this was the first time they had collectively gathered and cooperated, the need to show appreciation outweighing their rivalries.

“The NetHope team attended a marvelous feast prepared for us,” said Dag, the meal prepared with whatever rations the refugees had available to them. Each of the group leaders stood, giving a short speech on their appreciation for what NetHope had done for them, including the ability to speak with family members and friends and access to trustworthy and reliable information.

“Seeing these men, these leaders with tears in their eyes was a once in a lifetime experience,” Dag reflected. “It was an amazing moment and something I will never forget.”

The revolution of digital technology is bearing fruit with the type of transformations happening with this phone distribution. While in many parts of the world we now take our smart phone use for granted, for these refugees these phones are a lifeline. Smart phones relieve them of the relative isolation of their situation and provide connections and information that help them begin, at least in small part, the journey back to some level of normalcy.

You can be involved in these types of projects by joining NetHope in propelling the digital transformation forward, putting technology into the hands of those who need it most.