“Dag has a unique skill set, which has been invaluable to NetHope over the past year,” says Isaac Kwamy, 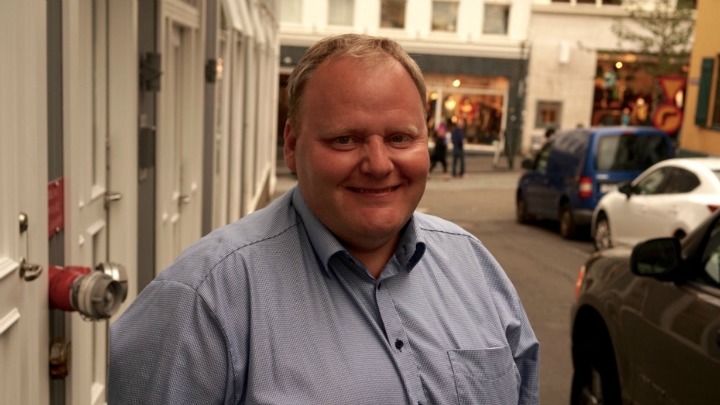 Dagbjartur Brynjarsson ("Dag") got the call to help NetHope on his birthday: October 7, 2015. His friend (and NetHope’s former Emergency Response Director) Gisli Olafsson, asked if he would be willing to help coordinate NetHope’s efforts to establish Wi-Fi connectivity for refugees arriving in Europe.

“Gisli told me it would just be two to three weeks, but I’m still here,” says Brynjarsson. “By choice,” he adds.

The very next day, Brynjarsson went to work as the response coordinator for NetHope’s missions to Europe, first along the Balkans migration route, and more recently, in refugee camps throughout Greece. And Brynjarsson does it all from his home in Reykjavik, Iceland. “I don’t go far from my coffee machine,” he says.

Brynjarsson says he's "like a ghost ... there in the background, trying to assist the team the best way I can." That could mean purchasing a high-powered radio link, or figuring out where to get charging stations in bulk, or troubleshooting problems with existing installations. Brynjarsson also makes detailed project plans, creates budgets and generally tries to anticipate roadblocks. With him handling all the details, the team on the ground can focus on the mission at hand.

Doing everything from a distance does have its challenges. “Many times, a lot of what I’ve been doing would have been easier to do on the ground, being there and shaking hands with people saying: ‘Can you do this for me? Can you do that for me?’” Brynjarsson says. But there are benefits to being in Reykjavik with a secure internet connection: “It gives you more of an overview, rather than focusing on the small things,” he says.

Brynjarsson started his career working as a telephone technician for Mila, Iceland’s phone company. He spent 20 years there, working his way up the ranks, and learning the finer points of project and program management. In 2012, he left Mila to run the training school for Iceland Search and Rescue (ICE-SAR), where he’d served as a volunteer for many years. That’s still his day job, and he arranges his work for NetHope around it, usually in the evenings. “I’ve always worked a lot,” says Brynjarsson. “A typical 9-to-5 day – that’s not my type of day.”

“Dag has a unique skill set, which has been invaluable to NetHope over the past year,” says Isaac Kwamy, NetHope’s Global Programs Director, Disaster Preparedness & Response. “He's great to work with, and always willing to pitch in.”

That characteristic, says Brynjarsson, is pretty typical in Iceland, and particularly among ICE-SAR staff and volunteers. Since Iceland has no armed services, it’s ICE-SAR that gets the call if someone is in distress. Of the country's population of 330,000, 4,200 are ICE-SAR volunteers, on call 24 hours a day, seven days a week.

“In the old days, living in Iceland could be pretty harsh. You couldn’t survive unless you were able to rely on assistance from your neighbors," says Brynjarsson. "It’s normal for people, within our culture, to assist each other.”

When he's not working one of his two jobs, Brynjarsson likes to go fishing. "I like listening to the sound of silence, listening to nature," he says. "It’s a symphony all itself."