At NetHope, we have seen firsthand that opportunities for family reunification have improved, thanks largely to communications technologies that have become mainstreamed all over the world. 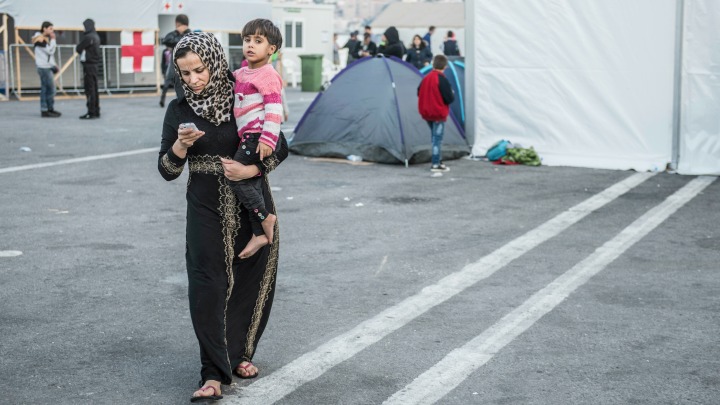 It was March 1999 and I was on an assessment mission at the Kukes refugee camp in Albania. Refugees had been fleeing Kosovo and the stress on the faces of the refugees that day was palpable. Some kids were playing with a ball, others sat silently under a tree staring into the distance. Many women and older children were crowded around bulletin boards lined with pictures of refugees that had passed through the camp: If you could find a photo of someone you knew, chances were good that they’d made it out. There was no other way to reconnect with loved ones other than the photo on the bulletin board, and possibly through a reunification officer from one of the aid agencies.

UNHCR, the UN Refugee Agency, was founded in 1950, and since that time, UNHCR and other aid agencies like the International Rescue Committee, Norwegian Refugee Council, and Danish Refugee Council have worked tirelessly to support refugees all over the world. Family reunification is always a priority, along with the hope for repatriation or resettlement. Sadly, the last major repatriation of refugees was 18 years ago in Kosovo, and resettlement opportunities are dwindling.

At NetHope, we have seen firsthand that opportunities for family reunification have improved, thanks largely to communications technologies that have become mainstreamed all over the world. We have witnessed and chronicled Syrian refugees landing on the shores of Greece asking for Wi-Fi, desperate to connect with family and friends and let them know they are safe. And they don’t just connect once. As we have seen, families that are separated can be reunified in a virtual way every day, at little or no cost.

We wrote about Atallah who connected with a daughter that he had not seen in two years. On a recent visit to a refugee camp in Greece, I met with a mother who fled Syria with her husband, her three children, and two of her neighbor’s children. She communicates with her former neighbors who are still in Syria almost daily to let them know how their kids are doing.

Technology has enabled more than family reunification. In Germany, NetHope’s Project Reconnect has made it possible for Syrian refugees to learn the German language, access community resources online, and continue with their education. NetHope’s No Lost Generation Tech Task Force is bringing together NGOs, UN organizations, tech sector partners, and other nonprofits to achieve greater scale and impact with tech-enabled education efforts.

We have come a long way since those bleak days in Kukes. And while the refugee challenges are more complex today than ever, the ability to bring together refugees, to connect families, to provide education opportunities, and to foster greater collaboration across the sector gives us hope on World Refugee Day.