“I think of Venezuela as my country. It is my home.”

Above: Mats Ljung, of Sweden's MSB organization, during a deployment. (Photo courtesy Mats Ljung) “I think of Venezuela as my […] 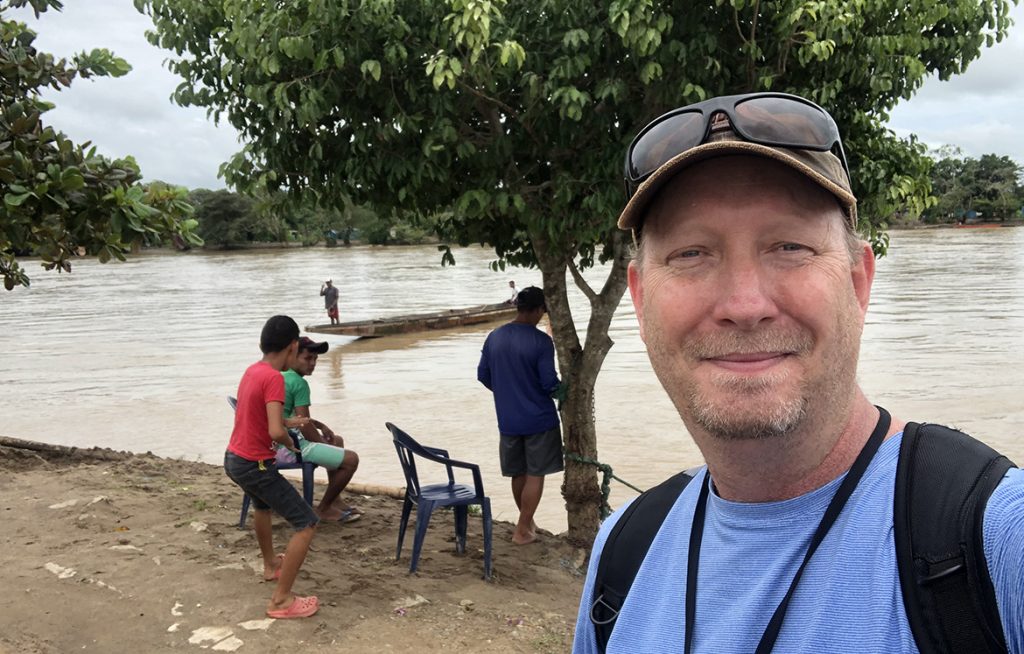 “I think of Venezuela as my country. It is my home.”

These words personalize the experience of Mats Ljung on his mission to Colombia with NetHope to install connectivity for the hundreds of thousands of displaced Venezuelans flooding into the neighboring country.

Although Swedish by nationality, Mats’ formative years are geographically diverse. His father worked for the Stockholm-based international construction firm Skanska, and Mats was born in Bangladesh. After a brief sojourn back to Sweden, he lived in Venezuela from the age of five until adulthood, an experience that made him think of the country as his home.

His career in the telecommunications field began in Venezuela and he worked there until 2004 when the political situation caused him to move to Sweden. He arrived with nothing, but with his telecommunications expertise, he eventually ended up as the ICT officer at MSB, the Swedish agency that regulates and advises on civil defense issues in close coordination with local emergency management organizations. Mats deals with operational logistics for international disaster response designing telecommunication kits used during missions. 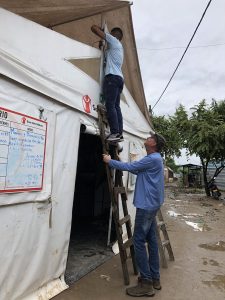 Mats has a background in humanitarian aid having previously deployed on missions in West Africa for the Ebola crisis and Iraq with MSB in conjunction with ETC. During one deployment, he met Rami Shakra, then coordinator for ETC and now NetHope’s Global Field Programs Director. The two kept in contact and when NetHope deployed in December 2018 to Colombia, Mats leaped at the opportunity to join the team. He jokingly “threatened” Shakra if he wasn’t invited to participate. This would be the first collaboration of MSB with NetHope, an unusual arrangement as MSB generally doesn’t normally work directly with NGOs. But due to the unique circumstance and NetHope’s mission, MSB officials decided to test this partnership and secured funding for the assignment from the Swedish International Development Cooperation Agency (Sida).

Even though Mats already has personal knowledge of what was occurring throughout Venezuela, he admits his viewpoint broadened as he witnessed the further effects caused by the extended political and economic crisis.

“I had moved from Venezuela because of the situation and so had probably 75 percent of my professional colleagues who I had worked with there,” he notes. “But when I walked the streets in Colombia and saw for myself the Venezuelans—men, women, families—begging for money, it really hurt me.”

During his three-month deployment, Mats was part of the team installing communication hubs at schools and safe space areas to give displaced Venezuelans access to online information to services, food, shelter, employment, and other necessities along the migration route.

“When you go to one of these locations and tell the people there what you’re doing, they get very excited. Some of these kids are taking canoes across the river from Venezuela to Colombia just to go to school. Seeing that I can help support that dedication is satisfying.”

He stresses the importance of this access not only for the basic needs, but also for the entertainment options it offers. “The kids say, ‘Am I going to see Netflix and YouTube?’ At first, I’m thinking, ‘You don’t need that, you need to study.’ But when you see what they must go through each day, you quickly realize they need these diversions to help relieve the stress of not knowing what may happen tomorrow.”

“The security it gives you to know that on your journey, you can keep in contact with family back home is immeasurable.”