Grant and award management is the lifeblood of most nonprofits, and longtime NetHope member Mercy Corps is no exception. 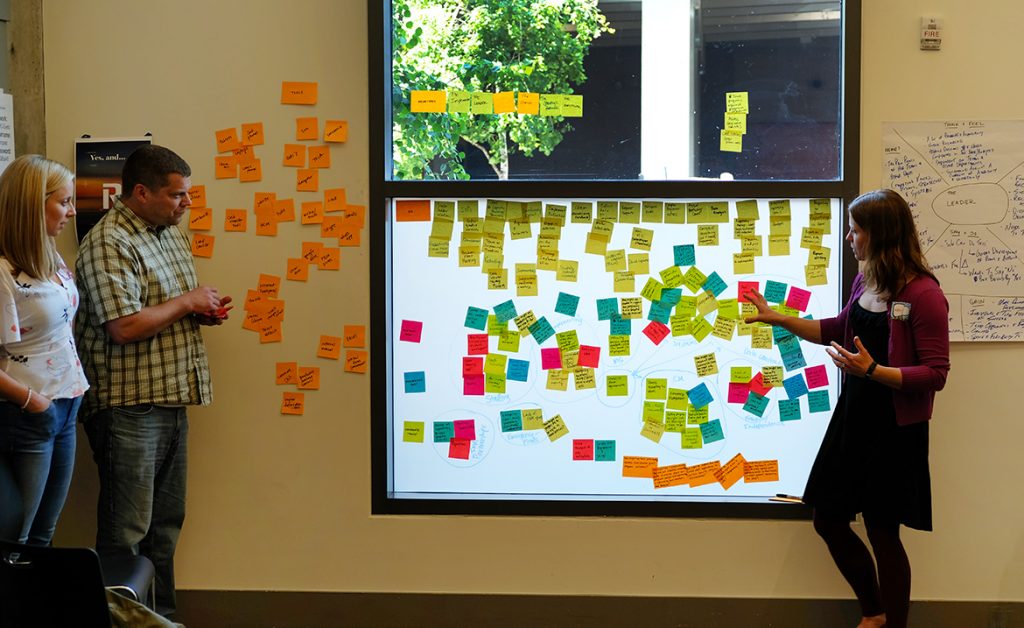 This post is part of a series focusing on the second networking group of NetHope members participating in IDEA (Imagine, Design, Execute, Assess), a broad umbrella for digital transformation processes offered to NetHope members through The Center for the Digital Nonprofit. The first IDEA implementation pilot was based on Dream, Design, Deliver (D3), a social impact accelerator developed with Microsoft.

By Fredrik Winsnes, The Center for the Digital Nonprofit, NetHope

Grant and award management is the lifeblood of most nonprofits, and longtime NetHope member Mercy Corps is no exception.

Mercy Corps is a global team of humanitarians who partner with communities, corporations, and governments to transform lives around the world. Its mission is “to alleviate suffering, poverty, and oppression by helping people build secure, productive, and just communities.”

It goes without saying that achieving this bold mission takes careful stewardship of grants and awards from a host of both private and institutional donors, and this is precisely what Mercy Corps decided to tackle during a recent IDEA/D3 Dream Session conducted at their headquarters in Portland, Oregon.

The Dream Session came about after extensive preparation from Revel Consulting, including Introduction, Orientation, and Preparation sessions to help Revel better understand Mercy Corps’ business and to help attendees know what to expect during the two days of dreaming. To be specific, the Dream Session challenge was “How might we transform the grant administration lifecycle to improve accountability, efficiency, and transparency, and increase our impact?”

The Dream Session engaged 37 individuals, including: 27 from Mercy Corps, one each from fellow NetHope members PATH and World Vision, four from Revel Consulting, two from Microsoft, and two from NetHope. We were all on task for two solid days of “exploring the possible” relative to a new grant/award management approach. Thus, a great-cross section of Mercy Corps was present from top management to field liaisons and two representatives from Mercy Corps Europe. PATH and World Vision participation added the perspectives of other external NetHope members and the broader social sector.

Minji Kim, one of the facilitators from Revel Consulting, helped set expectations for and the tone of the Dream Session with sage advice, including statements like “dreaming is going to feel uncomfortable; you’ll be operating outside your comfort zone.” Then we were asked to introduce ourselves and our superpowers, an exercise that was clearly intended to boost our confidence levels and to counteract any feelings of being uncomfortable. Trust me, there were plenty of superpowers in the room to handle just about everything!

We were then exposed to a set of personas or archetypes involved in managing grants and awards. These were labeled as: The Leader, The Donor, The Strategic Partner, The Analyst, The Implementor, The Collector, The Producer, The Storyteller. We were asked what they think and feel, what they hear, what they see, what they say and do, and finally their pains and gains. This exercise allowed us to create “empathy maps” for each of the archetypes and fostered better understanding of how they would approach the various “journey stages”:  Grant Identification and Design, Grant Setup and Planning, Grant Implementation, Grant Tracking and Evaluation, Closeout and Transition. As one of the attendees noted, “The archetypes were more approachable than real people.”

Groups were formed by journey stage and were asked what archetypes would do across an imagined timeline for the given stage, what tools they might use and, in turn, to identify roses, buds, and thorns associated with the process. Grouping the roses, buds, and thorns allowed us to generate affinity maps and explore “How Might We…” questions to prepare us for Day 2.

Reflecting on the day, we had clearly used our superpowers to overcome any sense of discomfort about trying something new. Evidence of this was in comments like:

“Are we ready for radical change?”

“I thought it was going to be a bloodbath, and it was not.”

“We all think we’re unique snowflakes, but we’re not. We have a lot in common. We can do so much more together. If we can harness that, we can really change things.”

Day 2 opened with a social experiment to inspire greater creativity through surprise and discomfort: the tables from the previous day had been removed and chairs organized in a truly randomized pattern. The Mercy Corps team took it all in stride and arranged smaller groups for casual breakfast conversations. Next, we were asked to form a more formal circle for reflections on culture: Empathy, Trust, Vulnerability, Respect, and Flexibility. As a casual observer it became clear to me that Mercy Corps is a multi-faceted organization with strong bonds and varying cultural ties relating to elements like locations and departments. My observation was that the varying cultural impacts and perspectives would be of great benefit as we proceeded with ideation around the grant management lifecycle.

My hunch was correct; after instructions from Revel on ideation and storytelling the teams went to work and created their respective visions for the future of integrated awards management at Mercy Corps. After a few hours of focused creativity, participants pitched solutions with intriguing names like “MC One,” “GREAT (Grant Resources Activities Exchange Tracking) System,” “MercyVerse,” “RUPERT,” “Award Administration System (Note: AAS means Hope in Hindi),” ”Moogle,” and “OCTOGAIT.” (Well, admittedly some internal Mercy Corps knowledge clearly was required to decipher their meaning!)

Addressing Mercy Corps’ needs relative to a comprehensive and end-to-end approach to grant and awards management had been something the team had been discussing for years; the ‘pent-up’ demand and enthusiasm for addressing this core area for Mercy Corps’ business had been observed throughout the preparation process and came to fruition in the two-day Dream Session.

Moreover, the need to manage grants and awards from funders is clearly critical to all nonprofits and international NGOs and the fact that Mercy Corps opened the Dream Session to other members of the NetHope consortium demonstrated their desire to learn from others and an openness to share. As Pallavi Garg from PATH expressed, “For each of the dreams presented, the Mercy Corps brand could have easily been replaced with PATH.”

We expect great interest from the broader NetHope membership once the outcome of this Dream Session is documented via the upcoming Dream Book and subsequent Design and Deliver stages.