NetHope brings critical connectivity to disaster response in the Bahamas

Hurricane Dorian, which ravaged the Bahamas in September 2019, was the worst storm to hit the island nation in recorded history. 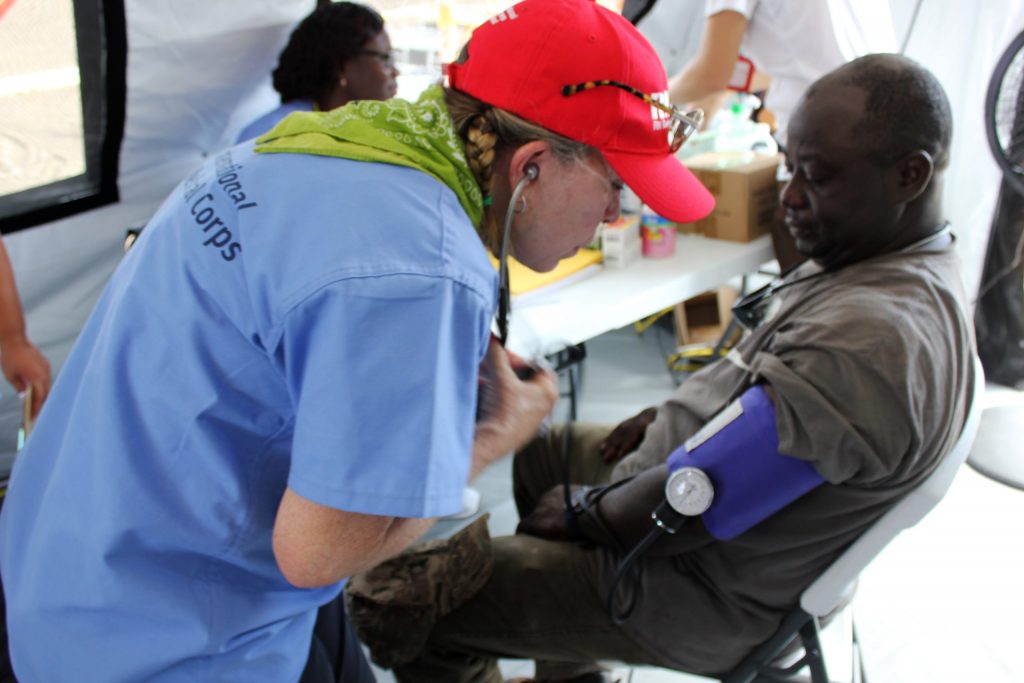 NetHope member the International Medical Corps' effort helping the survivors of Hurricane Dorian were aided by connectivity assistance provided through NetHope and the government of Luxembourg. Photo courtesy IMC.

Hurricane Dorian, which ravaged the Bahamas in September 2019, was the worst storm to hit the island nation in recorded history. The 36-hour assault of wind topping 185 miles per hour, along with torrential rain and 20+ foot tsunami-level waves, washed away miles of coastline, homes, essential infrastructure—and people. The vicious storm cut a path of destruction across the island of Grand Bahama, wiping out the power grid.

Our ERT established an emergency treatment facility at High Rock, Grand Bahama, and sent mobile medical teams into the field. But downed power lines, washed-out bridges and exposed rebar made movement slow and hazardous, and communication with survivors and team members difficult. The devastation caused by Dorian meant that the restoration of power and connectivity would be slow—but, to serve people in need, we needed telecommunications and internet access right away.

Fortunately, with the generous support of NetHope and the government of Luxembourg, our High Rock facility was able to get satellite internet connectivity during the critical first days and weeks of the response.

In its first two days of operation, the High Rock clinic—and the mobile medical teams operating from it—treated more than 60 patients, addressing a variety of issues, including infections, lacerations and puncture wounds. They also helped patients who had, because of the storm, lost the medications they needed to deal with chronic diseases, such as hypertension.

However, not every wound is visible. Although most people were able to reach high ground in time, everyone lost something—or someone. Entire communities, representing multiple generations of families, were destroyed. Through collaboration with Rand Memorial Hospital and the Public Hospitals Authority, and facilitated by NetHope’s internet access, the High Rock clinic helped us provide community-based mental health and psychosocial support to help survivors cope with the trauma of loss.

NetHope solved our connectivity issues by installing the emergency.lu rapid deployment system at High Rock. This mobile, satellite-based telecommunications platform provided immediate broadband internet access as we began operations, enabling staff to communicate effectively with our mobile medical teams and to support their safety and security as they traveled around the island. Internet access also gave survivors the ability to contact loved ones and others in the community whom they had not been able to reach during and following the disaster.

In a disaster response, few things are as critical as the ability to communicate. International Medical Corps works in some of the most difficult and dangerous places in the world, and the lack of a strong communication infrastructure, particularly following a hurricane an earthquake when local systems are knocked out, can present a big challenge. The ability to communicate with local, state, and federal authorities, as well as with our own staff, is imperative to effective management of an emergency response and coordination of medical teams in the field. Without reliable communication channels, both the disaster-affected community and the first responders who are there to provide lifesaving services are at greater risk.

Thanks to support and equipment provided by NetHope and the government of Luxembourg, International Medical Corps was able to treat more than 800 patients at the High Rock clinic and surrounding areas, providing the emergency medical and psychological support needed to help Hurricane Dorian survivors move forward and rebuild their lives, families, and communities.