The international humanitarian community is mobilizing response efforts and many of NetHope’s members who are active in the region are currently performing need assessments. 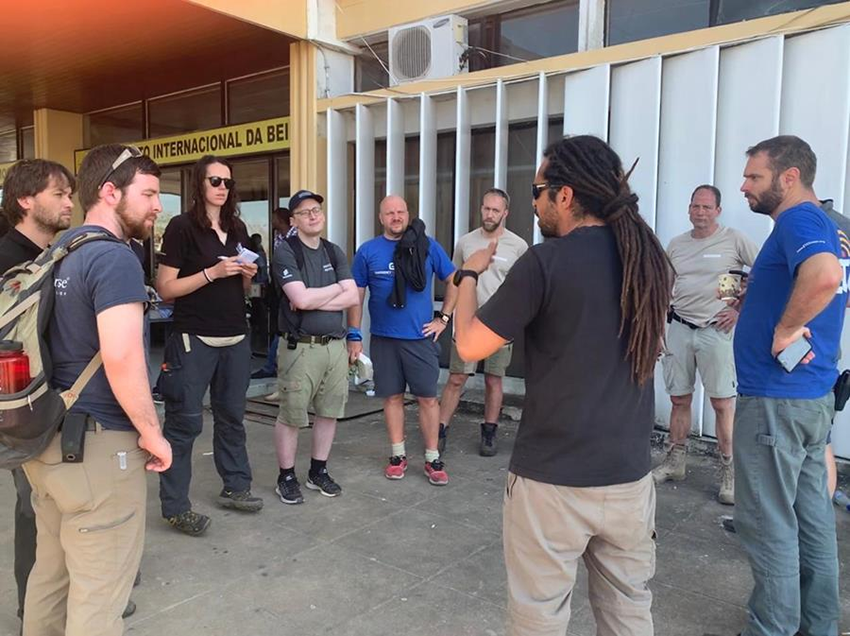 On March 14, Tropical Cyclone Idai made landfall in Mozambique as a Category 3 storm, deemed by the United Nations as "one of the worst storm-related catastrophes ever to hit the southern hemisphere."

The storm dumped large amounts of rain as it traveled inland with wind velocities up to 165km per hour. Areas of Mozambique, Zimbabwe, and Malawi, already inundated from weeks of heavy rains, saw hundreds of deaths with hundreds more expected, and up to two million people affected.

Telecommunication and power are virtually nonexistent as power and communication lines lay strewn about the streets and power stations under meters of flood waters.

NetHope has been in close contact with its member organizations since the cyclone hit. Based on the scale of the situation, NetHope deployed its Field Operations Director, Rami Shakra, to Mozambique on March 22 to assess how NetHope can support its members and working closely with the Emergency Telecommunication Cluster and the broader response community in the ensuing days and weeks. We anticipate Shakra’s assessments in the coming days.

Perhaps hardest hit was the city of Beira. The city, home to more than 530,000 people, received the initial impact from the cyclone. Severely damaged roads due to flooding and landslides, cut off the city from the rest of the country. Initial reports from International Federation of Red Cross/Red Crescent indicated that 90 percent of houses in the Beira had been damaged. Many parts of the city were flooded, and wind damage was extensive.

As the search and rescue operations continue across the region, the humanitarian community is ramping up plans to support more than 400,000 people displaced by the flooding. The Mozambique government is drafting plans to create large-scale camps to house and feed those displaced people as the floodwaters are expected to take weeks to recede.

Voice and data services in the affected area are severely impacted and are expected to continue to have issues as water levels rise. Power is also out in most of the region and the government expects it will take weeks for it to be restored. All major roads into the affected area are either flooded or have been severely damaged, and a fuel shortage is exacerbating the communication and power situation.

The National Disaster Management Institute is leading the response from the national government and the request for international assistance has been made by the President Filipe Nyusi of Mozambique. The international humanitarian community is mobilizing response efforts and many of NetHope’s members who are active in the region are currently performing need assessments.

The main coordination hub for the response is at Beira Airport where the Emergency Telecommunication Cluster (ETC) has established internet connectivity for the humanitarian community. The ETC has mobilized several of its partner organizations and has deployed an ETC coordinator to Beira along with an information management officer.

In addition to deploying its senior emergency response expert to Mozambique, NetHope has also put members of its Rapid Response Team and partner experts on its response roster on standby for potential deployments. NetHope has also mobilized its Crisis Informatics team to support its field teams and member organizations with information management and analysis.

We thank Microsoft and Facebook for providing funding that allowed us to get the NetHope connectivity assessment team in quickly.

You can help NetHope in its work in Mozambique and around the world by donating today.