Last year was the costliest year in natural disasters that the world has ever seen. According to a report issued by global reinsurance firm Munich Re, world disasters in 2011 caused damages exceeding more than a third of a trillion dollars. And, experts at The World Bank predict that natural disasters will only get worse in the future, largely due to two powerful trends: burgeoning cities and a changing climate. As the world prepares to cope with the high costs and other devastating effects of future earthquakes, tsunamis and more, it must find a better way to manage the chaotic environment that follows these disasters. 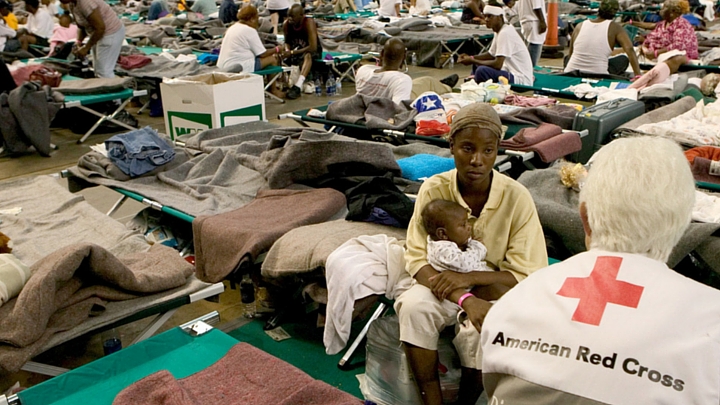 Last year was the costliest year in natural disasters that the world has ever seen. According to a report issued by global reinsurance firm Munich Re, world disasters in 2011 caused damages exceeding more than a third of a trillion dollars. And, experts at The World Bank predict that natural disasters will only get worse in the future, largely due to two powerful trends: burgeoning cities and a changing climate.

As the world prepares to cope with the high costs and other devastating effects of future earthquakes, tsunamis and more, it must find a better way to manage the chaotic environment that follows these disasters.

The world has made significant progress in making natural disasters less deadly through better early-warning systems, clearer evacuation plans and stricter building codes in earthquake-prone areas, among other emergency preparedness tactics. But, the global humanitarian community must be better at responding to large-scale destruction once it strikes.

One of the top culprits contributing to chaos following a disaster? A lack of communication and information-sharing.

NetHope, a collaboration of the world’s leading international NGOs, is working on addressing this serious and pressing problem in collaboration with a broad community of humanitarian and academic institutions with its forthcoming Open Humanitarian Initiative (OHI).

With support from The Patterson Foundation, NetHope is spearheading this broad-ranging initiative to improve information sharing and information management between humanitarian organizations, affected communities and governments in disaster-prone countries. OHI will build on existing open data efforts underway, and it will bring together all of the different actors in the humanitarian response system including donors, NGOs, government agencies, research organizations, companies from the private sector and the digital volunteer community to do so.

Why is it so important that data be widely accessible during a disaster?

Imagine that you’re in a coastal region reeling from the aftermath of a tsunami. You may be trapped under rubble or in desperate need of medical attention, food and water. You’re probably separated from your friends and family, wondering who survived. Hundreds of humanitarian workers and other emergency responders reach the area and try their best to address all of the victims’ urgent needs.

Now imagine that those responders – who, bear in mind, come from many different organizations – do not have the necessary tools to communicate with one another. That Responder A can’t tell Responder B that she found your missing relative 20 miles away. Imagine how incredibly difficult it is to swiftly and effectively respond amongst this chaos when those managing the response can’t share information with one another.

It is critical that emergency responders have the ability to coordinate aid and share information. Real-time and post-disaster evaluations consistently reveal that a lack of information-sharing between groups responding to large-scale disasters leads to inefficiencies in response efforts; inefficiencies that too often result in loss of life, extended human suffering and poor resource allocation.

OHI will focus on two key areas – technology and capacity building – to provide a more complete information management solution. Investing in technology platforms to improve interoperability, visualization and data sharing, as well as in capacity building efforts like research and recruiting digital volunteers, OHI will drive immediate benefits for emergency responders who will get the information that they need when they need it.

Over the course of the next several months, NetHope will meet with leaders from various companies, foundations, NGOs and pilot countries to secure their partnership in OHI, and it will finalize project plans for OHI’s official launch expected in autumn 2012. NetHope cannot do it alone; only in collaboration with all of the actors who play a role in disaster response can we truly make effective and life-saving changes.

To learn more about OHI and how you can get involved contact NetHope at OHI@nethope.org.