Reflections on WEF: The big picture

This commitment to achieving societal goals is commendable, but the movement to action through the development of metrics signals a new chapter. 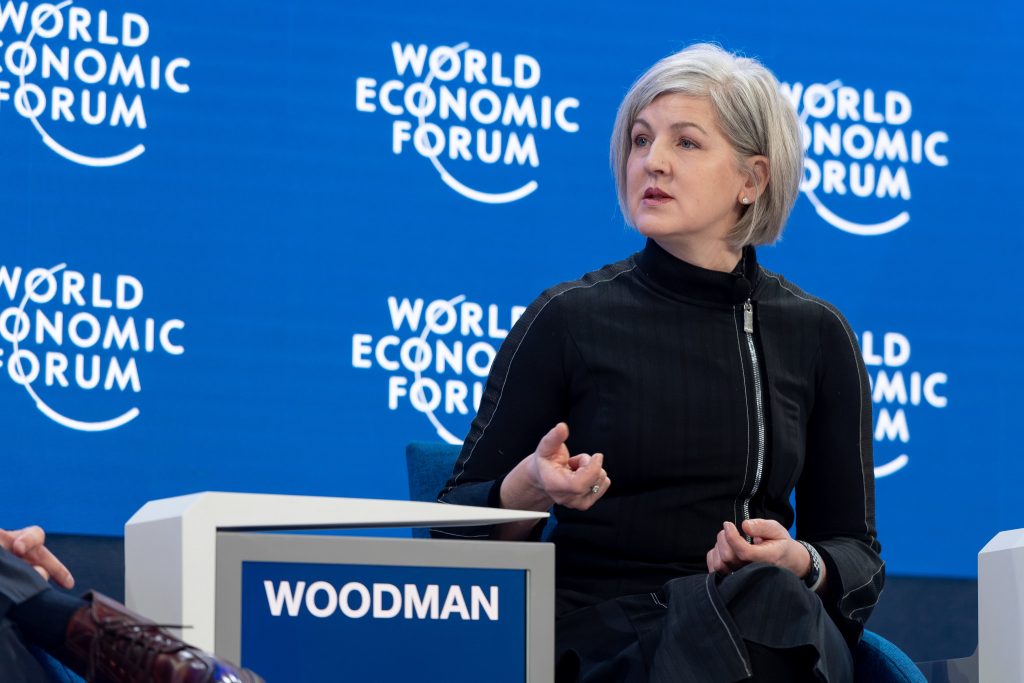 Editor’s Note: For the past six years, Lauren Woodman, NetHope CEO, has represented NetHope at the World Economic Forum (WEF) Annual Meeting as a civil society delegate. This is one of two posts detailing Lauren’s observations at WEF—from the big picture to nonprofit trends.

After concluding a busy week at the 2020 World Economic Forum (WEF) Annual Meeting in Davos, Switzerland—its 50th convening—the best way to describe this experience is that it’s an intellectual and physical marathon. For my data-driven colleagues, the week’s metrics include: key meetings and sharing the stage with 40+ current/prospective tech and funding partners; participating in six panels as either a speaker or a moderator; attending two WEF Board/Council meetings, and proudly accepting an award on behalf of NetHope. Added to this, according to my Fitbit, I logged 98,997 steps or 43 miles. I will outline some of the details in this post and a following one, minus the step count. That requires no elaboration!

First, let’s start with the big picture. Through all the noise at Davos, one theme emerged that was noteworthy for the NetHope community. And four big, key takeaways highlighted the challenges and issues that private and public sectors alike are facing.

If you are a NetHope member and want to discuss potential impacts on your respective organization or are a tech or funding partner eager to invest in this work, please don’t hesitate to reach out to me.

Stakeholder Capitalism. The Annual Meeting theme was “Stakeholders for a Cohesive and Sustainable World.” Stakeholder Capitalism was the catchword of the week, as companies abandon a narrow accountability to shareholders and embrace a broader focus on customers, employees, community members, and society. There was significant discussion focused on how business can have a positive impact on the world: climate change, the impact of technology, geopolitical tensions, and the perceived decline of the foundations of the international system. In combination, these have driven a significant uptick in aligning business goals with societal goals.

This wasn’t just talk: led by Bank of America and the four largest accounting firms, the International Business Council has proposed a set of metrics aligned to measure business efficacy in this pursuit. The draft can be found here. If you have suggestions for improvement, please let me know as NetHope will be sharing feedback in the coming weeks.

This commitment to achieving societal goals is commendable, but the movement to action through the development of metrics signals a new chapter. It shows an interest in not just talking about global challenges, but a commitment to action that has not materialized in the past. It’s early, of course, but I was struck by the opportunities that exist for nonprofits and business to work together constructively to achieve the environmental, societal, and governance goals that will lead to a better world.

Yet, the challenges to get there are significant—nonprofits will have to engage in conversations that, in the past, we have left to others; business will have to partner in more constructive ways with the nonprofit sector; and governments will need to regulate more effectively to protect fundamental rights, enforce ethical behavior, and stimulate innovation.

When I reflect on WEF, the stakeholder capitalism theme that dominated this year’s Forum, and these four key, big picture takeaways, I view these as a confirmation of, and a call-to-action for, NetHope to continue its hallmark cross-sector collaboration and laser focus on applying the power of technology to the problems and potential of humanity.