Summit Day Four: Security, cognitive computing and until next year ...

If we want people to care about security, we need to move it from the abstract to the personal and concrete. 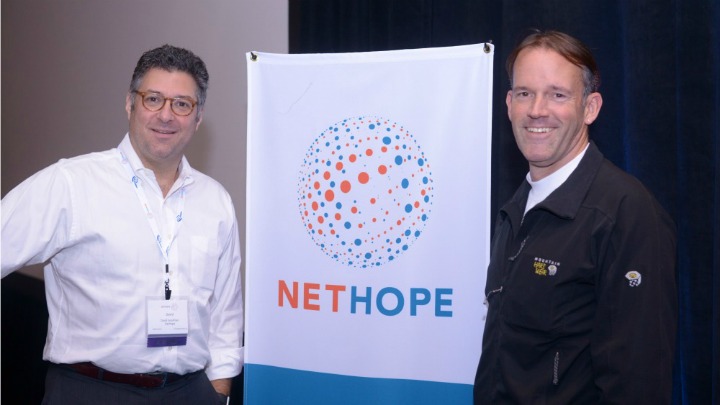 It's the last day of the formal Summit (in-depth training sessions happen Friday), and I'm so pleased with the level of participation, collaboration and content we've seen this week. A special thanks to CDW for sponsoring our Community Celebration at the Center for Civil and Human Rights last night. If we needed a reminder of why our work and our efforts matter, the sobering and inspiring exhibits at the Center provided just that.

Manu Bhardwaj, from the U.S. Department of State, was our first keynote speaker, and despite being fresh off a plane from Argentina, he did a brilliant job describing the year-old Global Connect Initiative. The project aims to bring 1.5 billion people online by 2020; the other goal is to demonstrate the importance of the internet in achieving the global SDGs.

While heads of state are rapidly coming on board to the fact that connectivity infrastructure is as critical as traditional infrastructure, the challenge lies in educating senior-level officials in government agencies, and development banks. "The internet is no longer a luxury, but a necessity," he said.

Moderator and journalist John Eckhouse moderated a lively panel on the Internet of Things Technology for International Development. Speakers included Cory Marshall from Splunk 4 Good, Harry Plant and John Garrity, and covered a wide range of topics. Such as: the use of robots in factories; fire sensors networked and deployed to slums in Cape Town; vaccine temperature monitoring; and tracking gun shots for illegal poaching.

One of the ripest areas may be for the protection of those who are engaged in the field, said Corey Marshall. "And that could be applied to the broader population."

John N. Stewart and David Goodman sat down for a fireside chat (without the fire) about cybersecurity. John is the Chief Security and Trust Officer at Cisco. And he believes that there are three different types of people in the world, and how they embrace security: People who are forced to, by say, the TSA, people who were touched personally by a security breach, and the "epiphany group," or those people who were interested since childhood.

If we want people to care about security, we need to move it from the abstract to the personal and concrete. "Fight or flight doesn't work on the internet the way it works in the physical environment," he said. "The internet is not wired that way and the danger is more abstract."

Rather than build a security solution in-house -- which most NGOs have neither the resources nor the time to do -- John encouraged the crowd to outsource. He also suggested that members band together to address security. "Your missions have to come first," he said. "When (security) is done well, you won't even know it's there."

For the final plenary session of the day, we had NetHope board member Radha Basu and IBM Master Inventor Neil Sahota discussing the possibilities (and pitfalls) of AI, machine learning and cognitive computing. Lest you worry about being replaced by a robot, take heart: While cognitive computing reasons like a human, it still requires a human. (Whew!)

Some applications for cognitive computing are anticipating gang violence by analyzing tweets, detecting cancer and potentially reading MRIs and X-rays, improving farming in Africa through climate prediction, and a robot that can do the "Gangnam Style" dance.

We like to close out every Summit by announcing the location of our next one. And this year, I'm thrilled to announce that the 2017 NetHope Global Summit will be held in (drumroll...) beautiful, cosmopolitan Vancouver, Canada. Brush up on your Canadian and be sure to join us next year. Thank you for all of your participation and hard work this week. See you soon!