A renewed sense of shared purpose and ambition across the NetHope community. 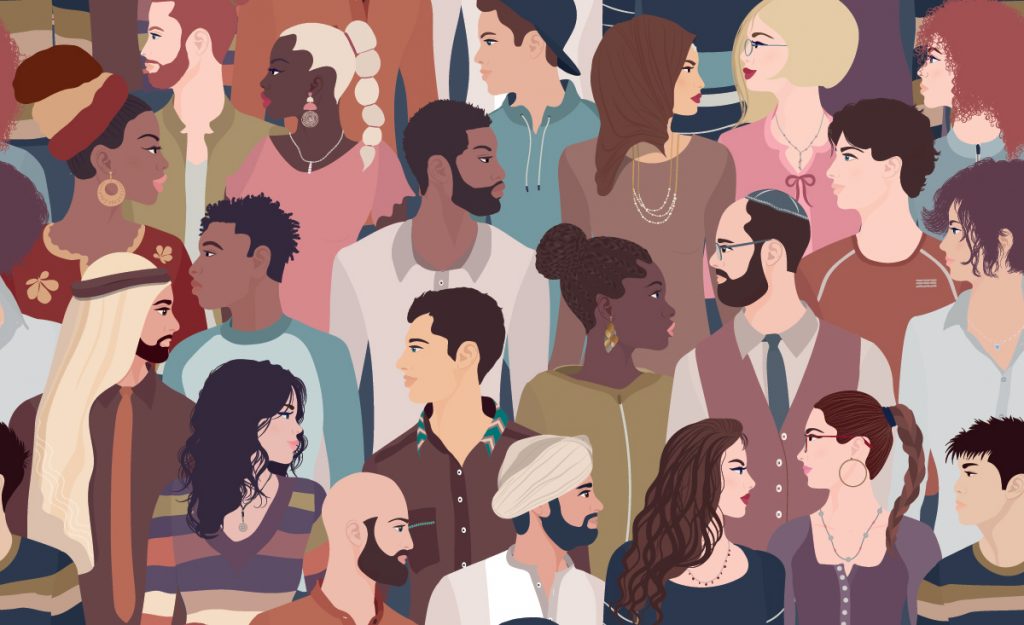 It began as an idea—and an experiment. NetHope was about to turn twenty years old and the celebration of that milestone anniversary in November of 2021 was fast approaching. NetHope had sprung from an idea that the then-still-new internet had the power to democratize information; to deliver new kinds of human services and benefits; and to connect people around the world who otherwise would never have had the chance to meet. Since 2001, along with the evolving idea of what it means to be in a global community, the NetHope community of nonprofit Member organizations had grown considerably over the past two decades.

NetHope was born at the convergence of idealism and pragmatism. Idealism fueled by technology’s potential to protect our fragile planet and uplift human potential. And the pragmatism of working to serve and empower people with insufficient resources to support themselves and their families living in hard and harrowing situations–refugees, victims of conflict and war, vulnerable populations.

The work NetHope as an organization has grown as the NetHope community has grown—now numbering 63 global nonprofits, representing over 60% of all global aid distributed through NGOs, serving on the order of 1.2 billion people in 190+ countries. NetHope enhances the mission effectiveness of its Members through digital, data, and partnerships and its more than 50 leading global partner technology brands, and it works across the Membership on projects and programming vital to the sector that no one of us could do alone. The 20th Anniversary last November was a reunion and celebration of this diverse, mission-driven community.

NetHope, like many organizations who count their history in decades, has had stronger and weaker ties, and gaps in its involvement with its original founding community over the years. We wanted to find a way to reconnect with these legacy partners and founders at the anniversary, and to show that the community itself was committed to the next generation of work through NetHope. Thus was born the Collective Impact Fund challenge.

The idea was simple: let’s create a fast and straightforward way for the NetHope founders, and community as a whole, to show their support for NetHope’s continuing value to their Membership organizations’ and partner companies’ impact programming. In August of 2021, with the thoughtful guidance of The Patterson Foundation (TPF)—NetHope’s longest continuous foundation funder—we developed a three-pronged challenge. We sought to raise a fast $500,000 in the run up to the 20th Anniversary Summit in November that would constitute a vote of the community in support of the next generation of work by and through NetHope, and that would help fund capacity at NetHope to do more intentional program development with Members. The Patterson Foundation would stand up the first $100,000, and the last $100,000, and NetHope would raise the additional funds from the broader NetHope community; on the order of $100,000 from the Membership, $100,000 from the corporate partners, and $100,000 from philanthropy, which would unlock the final TPF contribution to complete the Fund.

By the time of the 20th Anniversary in November—NetHope’s largest ever event featuring international policy leaders, corporate tech and nonprofit CEOs and more than 1,800 practitioners from more than 100 countries—we were within $80,000 in pledges, and by December, we had achieved 100% of the target. By the spring of 2022, all the funds had finally been received and the pledges fulfilled. As a rallying cry for the community, a celebration of 20 years of collective impact, and a vote for the future together, the Fund has been a success. Many NetHope Members contributed outside of their regular budget cycles to make the target, including all seven of NetHope’s original NGO founders (CARE, Catholic Relief Services, Children International, Mercy Corps, Save the Children, Winrock International, and World Vision), and two of the companies who rallied in the early years to help launch and scale NetHope, Accenture and Microsoft. All of NetHope’s board members, and many Member organizations contributed, as did NetHope Fellows, former CEOs and Executive Directors of NetHope going back to the beginning, and many others.

Building further on the momentum in the wake of the 20th Anniversary, Cisco, another company present at the founding of NetHope, came to us in confidence in January about their making a large and catalytic grant to truly launch NetHope into the next phase. That funding, the recently announced Digital Breakthrough Initiative, builds on the success of the Collective Impact Fund and totals $15 million over five years to help NetHope redesign legacy work, launch new programming in support of our Members, and build new capabilities in monitoring and evaluation, communications, and new innovations to better highlight the learning and successes of the community.

What began as an idea to re-energize a storied community on a path forward together, in a world in need of digital and data for humane solutions to pressing needs, has resulted in a renewed sense of shared purpose and ambition across the NetHope community—for the coming decade of the Sustainable Development Goals, and for the next 20 years of collective impact for people and planet.